From an injured worker who suffered a herniated disc in his back and had problems with the insurance company:

In November 2007, I was an employee of a mail service private company.  While doing my official duties, I injured my back and suffered a herniated disc.  For two years I dealt with the insurance company by myself.

In November 2009, the insurance company essentially told me to get lost.

I immediately started looking for an attorney and set up an appointment with the first attorney I found, one who worked for a big law firm in Washington, D.C.

I met with this lawyer, who tried to advise me of the law.  After doing my own research, I realized that this attorney either didn't fully understand the law or he wasn't being truthful with me.

I was back in the market for another attorney.

I was referred to Frank Kearney.

Since that day, Mr. Kearney and his staff have been a godsend.

I have and will continue to HIGHLY recommend Mr. Kearney to anyone and everyone! 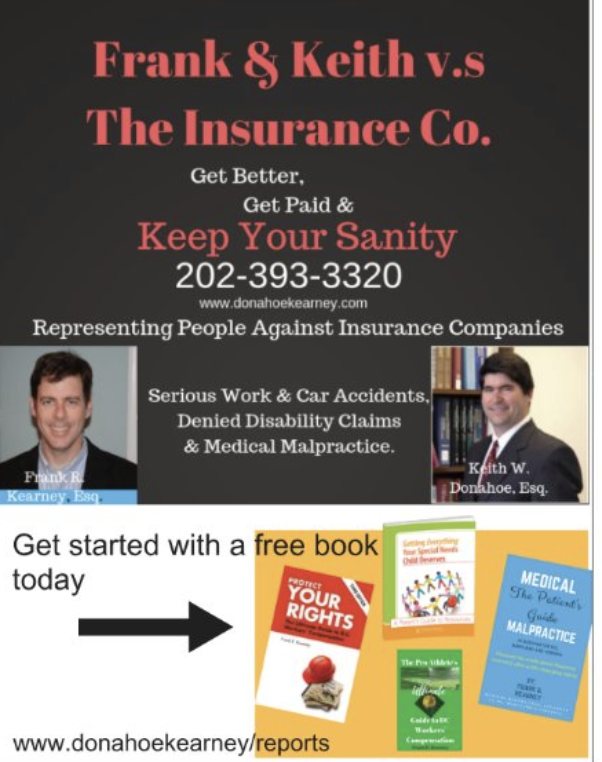