I caught up with Bob a couple of months after settling his case, and it was great to get his story from the "After" perspective.

Bob was a Chief Engineer (which if you are not familiar with the engineering scene for office buildings, condos and facilities is a big deal - you're responsible for keeping the whole physical plant running).  He said he enjoyed doing it - only 15% desk work, the rest of it out there with the guys, teaching, working. He enjoyed doing that. Now he can't return to that kind of work - hasn't been able to since his first surgery.

Bob had two surgeries, both from the same fall.

It was a bad fall. When he fell it was on black ice and he was hustling out of the office. Both feet went sidewise, and Bob went horizontal in the air body slammed down on his shoulder. The fall was so hard that he bounced back up.

The first surgery was reconstructive on the bicep, labrum and rotator cuff. Over time, the cartilage was ground away by the anchors in his shoulder and he had to have his entire shoulder replaced.

Even now, he still can't use his arm like he used to, can't lift. He had what we call a "permanent injury."

I asked Bob why he sought out an attorney.

He said "I wasn't getting better and with therapy, getting worse and not better. Everything had reattached during the first surgery the anchors came loose and started grinding the 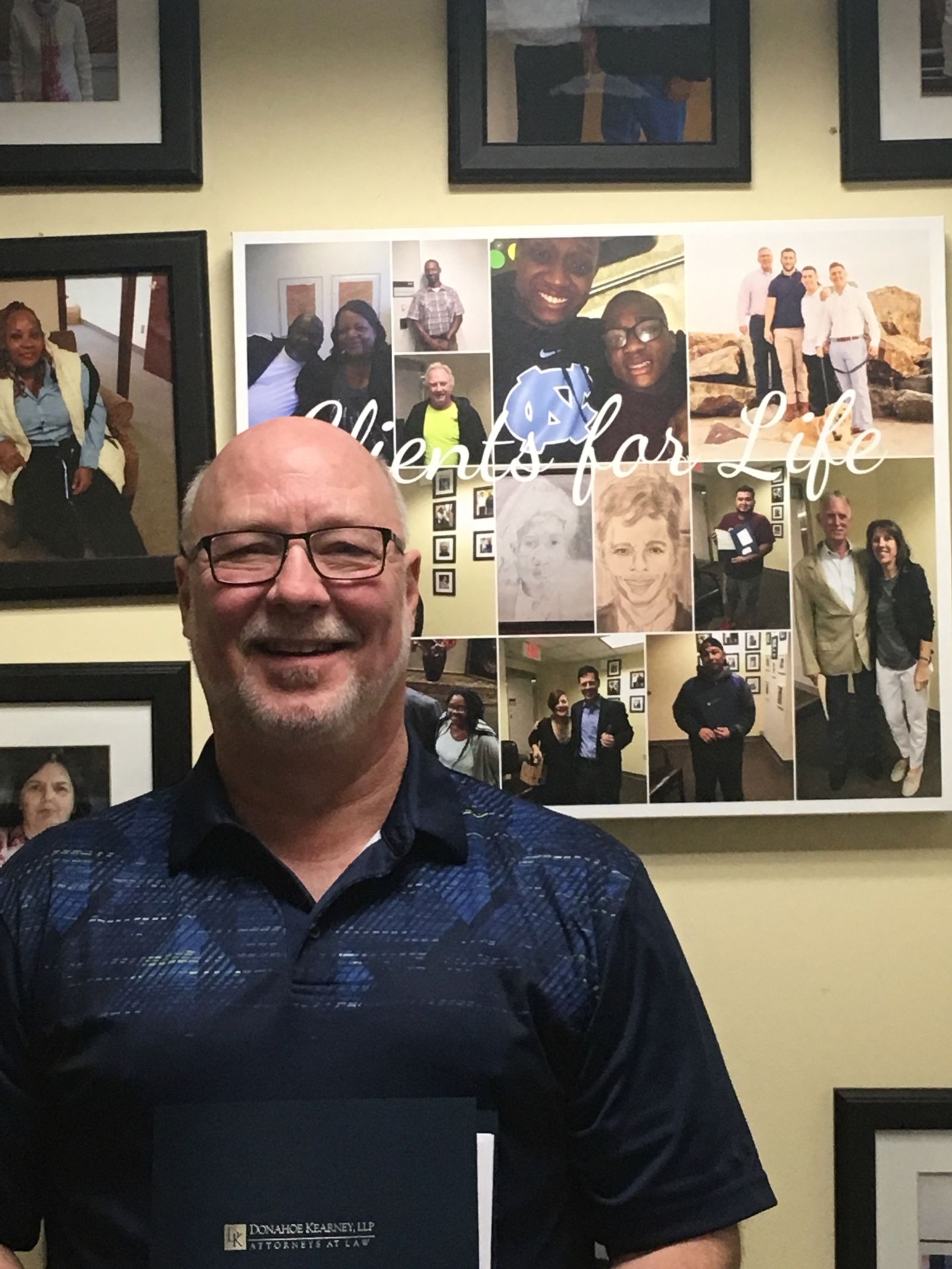 cartilage away. The doctor did an MRI and wasn't able to diagnose. I couldn't understand why he couldn't tell me what was going on."

He had an attorney from one of the big TV commercial law firms in town.  The lawyer they gave him was young and inexperienced.  As a client, he was just a number, part of a mill (we've heard that before).

He wasn't getting calls back, status reports, etc. Then by chance, he mentioned this to an elevator inspector who had been a client of Frank's in the past. The elevator mechanic gave him Frank's name and number, with a strong recommendation.

15 minutes later Bob knew he had the right lawyer for his case.

I can remember when Bob came on as a client. He was frustrated and nervous because he had a serious injury and he wasn't getting help from his lawyer. Bob was a fantastic client from day 1.

I asked Bob what kind of plans he has for the future. He said:

"I'm looking into teaching, maybe something along the lines of the air conditioning field. Sales maybe. NAPE (National Association of Power Engineers) maybe being a teacher's assistant. I used to belong to Local 99."

Any advice for others now that you've been through a case after a serious injury?

"Call Donahoe Kearney - "You guys were just phenomenal, never had a problem. You took care of my case, very professional and I was very happy and satisfied with the settlement. Definitely recommend you and Frank to anyone."