Surgeon Leaves Operation Before It Was Completed 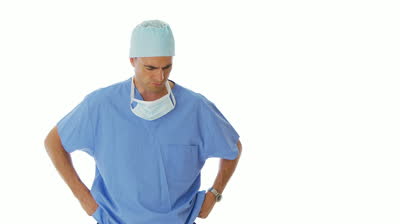 A cardiac surgeon is being sued because he allegedly left the hospital before finishing an open-heart surgery, apparently leaving an unqualified assistant in charge of his patient. According to the lawsuit, after the surgeon left, the assistant had to reopen the patient’s chest and manually massage the patient’s heart because he did not stop bleeding. The surgeon was eventually called back to stop the bleeding. The patient has been in a vegetative state since the operation two years ago.

This is an example of how medical malpractice happens in a hospital. The surgeon made a conscious choice not to follow standard patient safety rules, putting the patient’s life at risk. If he was fully focused on the patient’s wellbeing, he would have completed the operation, supervised the assistant and been there for follow up care or to address complications to ensure the patient’s safety.

And it gets worse.  The lawsuit claims that neither the hospital nor surgeon informed the family about what happened during the operation. It wasn’t until more than a year later when an anonymous caller informed the patient’s family that the surgeon left the operating room before the patient was in stable condition.

This is a disturbing but common theme in medical malpractice cases: not telling the patient and the patient’s family exactly what happened, what the alternative options are, and essentially anything that involves the patient and his/her condition.

This is unfair for the patients who put their lives in the hands of these surgeons. It’s unfair for the families who have to watch their loved ones suffer because a surgeon had something else he thought was more important than his patient’s safety. That’s why hospitals, HMOs, doctors, and healthcare providers need to be held accountable for their negligence.

And that’s what we’re here for—to hold them accountable. If you or a loved one was injured because of medical mistakes, call us today at (202) 393-3320. Unsure if you were a victim of medical malpractice? Click here to download the report, 7 Symptoms of Medical Malpractice: How Every Patient Can Recognize, Stop and Avoid Medical Mistakes.

Read More About Surgeon Leaves Operation Before It Was Completed...