It is no secret that many doctors work long hours. Martin Kanovsky, and internist in Chevy Chase, is one of those doctors. In his primary practice, he states that he used to see a patient every fifteen minutes. This often left him wondering what it was that he was missing by moving so fast.Recently he has reduced his practice to a small amount of patients who pay a higher premium where he can see his patients longer and they would have round-the-clock-access to him.

As more doctors are reducing their practices to be more patient focused and more suitable hours, what does this mean for the patients? Well, patients are getting more one on one attention where they can express all their concerns to their doctor. Patients complained about not being able to see their primary doctor for weeks or months at a time and often not being about to address all their complaints in one visit because, "there just isn't enough time". Doctors seeing fewer patients reduces the amount of mistakes, and fewer mistakes means that there are more satisfied patients.

In some ways doctors reducing their practices is a bad thing, especially in the wake of many people obtaining federal health care law, because that means fewer primary care doctors and a lacking primary care infrastructure. The Washington Post notes that while there is no adequate evidence for doctors being burnt out, most have report on the survey that was published in 2012 by the Mayo Clinic, that the doctors had reported at least some symptom of burn out. At the same time, seeing fewer patients has its benefits for both the patient and the doctor. The doctors feel more relaxed and less anxious or stressed. Kanovsky said that most of the time he would return home after a long day and feel like he had short-changed his patients. Switching to a smaller practice helps him feel at ease.

Having doctors actually take the time out to give their patients the car they need would reduce potential medical malpractice cases. Doctors would now have the time to order the extra test and listen to their patients when they say that something is unusual. But it does come with a cost. Now that more people are becoming insured, doctors reducing their practices to those who can pay the higher premium leaves those who cannot to seek other doctors who may already have a lot of patients to see, and thus the cycle continues.

Were you diagnosed with something that you feel your primary doctor may have overlooked because there was just :"not enough time" during your appointment? Contact us and let us help you with your medical malpractice case. 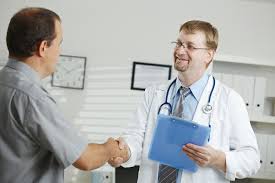