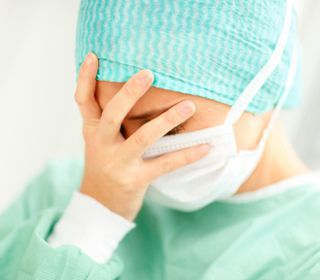 Imagine you have been told that you have cancer, not only that, but you may not have long to live.

A patient in Florida had part of her rectum removed after her lab results had been mixed up and she had been given a false cancer diagnosis.

For many months this patient thought she was going to die after her tissue sample had been mislabeled during her routine colonoscopy. She went through all the motions of someone who thought they were going to die; spending more time with family and so on an so forth.

Even though her pre-operative biopsies came back negative, she still had surgery to try and remove some of the tissue thought to be cancerious. After her operation, she received word that she was cancer free - doctors had gotten all of the cancer.

But she later received a call from her doctor stating that she had never had the cancer at all.

She then found out that her lab results had been mislabeled or mixed up. She had to file a lawsuit and has asked the judge to order the hospital to hand over her medical records and documents.

While it is unclear to pinpoint exactly why, how or where the mistake was made, it should have never happened. The hospital clearly violated the standard of care by incorrectly labeling the sample and then not having a system to catch this medical mistake.

And what about the "other patient' - is there another patient who actually has colon cancer but was given test results indicating she did not have cancer?

We see things like this all the time, no system for following up on test results and doctors not fully evaluating the patient; leaving their care up to residents, interns and medical students. That's why we wrote, 7 Symptoms of Medical Malpractice: How Every Patient Can Recognize, Stop and Avoid Medical Mistakes. Everyone deserves the right to adequate patient care and safety and equipping patients with this vital information (free of charge) is an important part of our firm and our philosophy.

This story of the woman in Florida is very scary, but we've seen cases where a test result with a life threatening condition (pulmonary embolism) was not called in to the referring doctor, it was faxed to the office and sat in the patient's file.  And a case where an x-ray diagnosed bone cancer but the patient was never told about it until it was too late.  And a case where a hospital never told a mother her son's cerebral palsy was related to perinatal asphyxia he suffered at birth at the same hospital.

If you have a situation similar to this and what to know if you can file a medical negligence claim against a hospital, doctor or HMO, give us a call at (202) 393-3320. Your call is free and confidential. Let us help you.

For more information on this story, follow the link.