DC School Buses Caught Violating The Rules of the Road 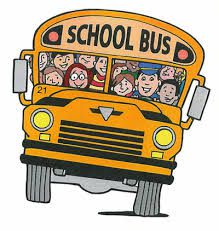 School buses are supposed to be safe--they carry children everyday. One would think that school bus drivers are abiding by the traffic laws and following the rules of the road. The Washington Post recently posted a story about school buses racking up traffic-camera violations in D.C.

The traffic cameras in D.C. have caught city school bus drivers speeding and running red lights--reportedly hundreds of times in recent years. Unlike most who violate traffic laws and are caught by red light and intersection cameras, these bus drivers have not paid their tickets. According to the Washington Post, D.C. bus drivers have received 327 traffic camera citations between January 2009 and March 2013. The tickets amounted to $32,745 in unpaid fines, according to motor vehicles records.

Apparently none of the drivers have faced disciplinary action for exceeding the city's speed limits and entering intersections against opposing traffic--sometimes when this occurred, children were on board.

There are reports that 20 drivers who were caught speeding and running red lights have crashed the buses, injuring four people in those accidents. One driver was photographed running red lights and speeding six times in one month. While city officials are unsure that an effort has been made to identify those drivers, the Washington Post was able to identify the drivers by driver logs and correlating the times of the speed camera photos.

This is unacceptable. Just like any other person who violates the rules of the road, by speeding and running red lights, these bus drivers need to be held accountable. If they are not held accountable, they have no reason to change their behavior. These school bus drivers are responsible for the safety of the children on the bus, and how are parents supposed to know their children are safe if the drivers are violating the rules of the road?

People sometimes say “accidents happen”, but with driving, that's just not true. And its not only the children on the bus we should worry about - reckless driving affects those children, a mom on her way to work, a dad standing at the corner, other kids on their way to school - all of us who are on the road every day.

"Accidents" are really caused by drivers who choose to violate the Rules of the Road, choose to text while driving, decide to drink and drive, decide to ignore safety laws, etc.  Many collisions are caused by drivers who don’t pay attention or shouldn’t be on the road, because they are distracted, drunk, speeding, weaving in and out and not obeying traffic signals and signs. For more information on how to get started on a case involving an accident, contact us so we can get you free information on what to do if you're hit by another driver.