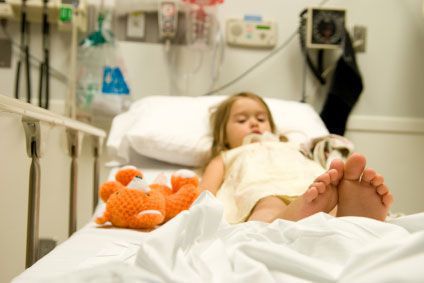 We came across a unfortunate story in the news lately. A child in Madison County suffering from brachial plexus was brought in front of the judge in a medical malpractice case filed by her mother. The mother states that her obstetrician 'applied excessive downward traction or excessive tilting of [her child's] head during birth in 2011.

During the labor and delivery process, the obstetrician realized a shoulder dystocia and says he tried many different maneuvers to deliver the 'posterior shoulder' but failed. The right shoulder was delivered first, followed by the left shoulder and the Apgar scores of the child were between 7 and 9 and her left arm was said to be 'floppy' reported the Madison County Legal Journal.

The mother of the child stated that she was 9 lbs and 2 oz and should have been born by Cesarean section. The treating neurologist stated that any further surgeries that the child will have will be, "to keep from losing any gains she has made in previous procedures and therapy, but would not be curative". He also stated that he has seen these injuries, such as this child's, "through active, hands-on birthing".

Shoulder dystocia is usually caused when the shoulders become stuck behind the mother's pelvic bone after the head has been delivered. Some of reasons for this to occur are:

Shoulder dystocia can be prevented. The doctors and nurses get extensive training to deal with these situations and  doctors and nurses are supposed to act immediately when this situation arises. It is hard to say whether or not it could have been prevented in this case - we don't have enough information. But if your child has been affected by shoulder dystocia and is suffering from the long term affects; such as brachial plexus; contact us immediately. The sooner we can investigate the sooner we can get answers for you and help for your child.

For more information on how to cope with your child's injuries due to medical malpractice make sure you order your FREE copy of, Picking Up The Pieces After Medical Malpractice: A Parent's Guide. To get resources for your child availavle in D.C., Maryland and Virginia, you can also order a FREE copy of Getting Everything Your Special Needs Child Deserves.

For more information on this story and trial, click here.