If You Have A Workers Comp, Long Term Disability, or Car Accident Case Do Not Post Publicly On Social Media 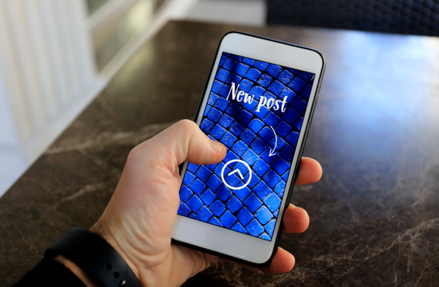 I'd like to tell you a little story. It's a tale often told about how the insurance company will trail you, monitor you, and try to catch you doing something, anything that will help them in their case against you. Even normal activities within your restrictions, and even doctor-recommended actions can be twisted and used against you.

They used to do this using investigators who would tail you and videotape you.  But times have changed.

And I have a few tales like this up my sleeve, but I'll just tell one of them today.

Let's call her Client (I know, boring but what can you do). So, Client had a serious head injury and she has been pretty much housebound since her injury last year. She was seeing several specialists (when you have a serious head injury it affects the eyes, the motor skills, vestibular center, attention span, neurology, neuropsychological messaging). And Client had the whole nine yards.

Her doctors were working with her to slowly, over time acclimate herself to the busyness of the outside world, and encouraged her to go to an outdoor festival. She had a vestibular head injury. She needed to train her brain to do the skills it used to have before the injury, like processing multiple points of information at once. Such as the auditory and visual functions that are compromised with a concussion.

So, she followed her doctor's orders, and she posted about the festival on Instagram.

Everything about this situation is totally fine up until the time that she posted on Instagram. And publicly, not privately.

Why Can't You Post Publicly On Social Media During A DC Accident Case?

If you are posting privately, the insurance company lawyers have to get a subpoena in order to see it and they probably won't because it's a huge pain. But posting publicly requires them to do absolutely no work at all except type your name into a search engine and pull up your account.

And that's exactly what they're doing to you.  And now they have ammunition. And they get it for free.

So Client wasn't doing anything wrong, but the insurance company pulled her account information and used it as evidence that she didn't really have a serious injury. So they stopped the benefits - even though nothing in the video had anything to do with her job, or showed she could work (her job requires a lot of brain power).   And in D.C. workers comp, you don't get paid for many months, because it takes 4 or 5 months to get a hearing date.

If you have a legal case for a serious injury - doesn't matter if its long term disability, car accident, medical malpractice, work injury - DO NOT post publicly on social media. Do not do anything at all that could be construed by the insurance company as failure to follow doctor's orders, or any behavior counter to your claim. Because they will review your social media. They will show it to insurance company doctors who will say there's nothing wrong with you.

Can you still win your case?  Of course, but you just gave the insurance company a big fat excuse to deny the seriousness of your injuries.  And if nothing else, this causes tons of delay while you aren't getting paid.  Delay- it's one of their favorite things to do.

The good news is, published author and Board Certified trial lawyer Frank Kearney is an expert at navigating the insurance companies' legal tricks, and our paralegal Priscilla is one talented researcher; together they took care of it in this case.

But think about how easy it would have been to avoid this in the first place.

Our Experienced DC Workers Compensation Lawyers Are Here to Help

Do you need advice on your insurance case - whether workers' compensation, long-term disability, personal injury, or medical malpractice? Give us a call today at 202-393-3320 and we'll be happy to get you started on the road to success.