Medical Malpractice: Don't Let this Happen to You and Your Family

Is The Hospital Telling You Everything? 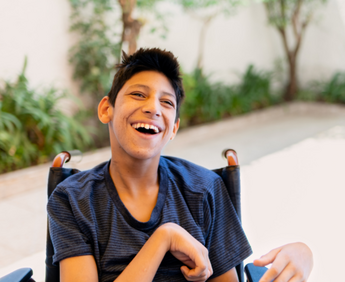 A hospital in D.C. was staffed by obstetrical residents and interns.  There was an attending obstetrician who was on call.  There were nurses who were charged with keeping patients safe - mothers in labor and the babies they delivered.

A late night delivery meant the attending doctor was not at the hospital but at home in the Maryland suburbs, so the residents and interns were in charge.  When a mother went into labor, she headed for the D.C. hospital she knew and was comfortable with - they had delivered her other children.  But it was late at night.  In Labor and Delivery, the delivery was slow and didn't seem to be progressing.  Eventually, the baby's and mother's heart rates jumped to dangerous levels. But the residents and interns didn't recognize the signs and symptoms of fetal distress or that the baby had to be delivered immediately to avoid a serious injury.  Instead they waited, not sure of what to do.

When they finally called the attending doctor who rushed to the hospital, that doctor took one look at the fetal monitoring strips and said the baby needed to be delivered immediately, ordering an emergency c-section.  The baby survived, but was soon diagnosed with cerebral palsy due to perinatal asphyxia, or a lack of oxygen during birth that caused brain damage.  This child's injury could have been prevented if he had been delivered earlier - if the interns and residents had followed the rules and called the attending obstetrician earlier.

That baby and family continued to get their medical care at that hospital.  As the baby grew, he was pediatric neurologists and other specialists for his cerebral palsy. He was paralyzed and could not talk - only a few words or sounds his mother, who cared for him as he became a young man and an adult, could understand. He struggled to feed himself and was often contracted, despite surgeries and medication.

As I said, his mother cared for him, feeding him, bathing him, changing his diapers and taking him to that D.C. hospital system for medical care and treatment.

But they never told her the cause of his cerebral palsy and disability.

When we represented the young man and his mother in the medical malpractice case many years later, we discovered that this DC hospital's own neurologists had diagnosed his cerebral palsy due to perinatal asphyxia soon after he was born.

Why do you think they never told the family?