Should I Avoid Posting on Social Media if I Have a Disability Case? 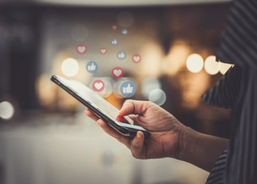 Consider this scenario. A new client comes on board with an experienced ERISA attorney like Donahoe Kearney. The attorney does initial research on his case file, which includes reports that the client has received from the insurance company.

What do they see? A lengthy investigative report completed by the aces at the insurance company. It starts with screen shots of him wake-boarding in Cancun. How did the insurance company find these pictures? They didn't have to work very hard for it. They just searched his name and the town where he lives, and there it was, in all its glory, on his public Facebook page.

So much for his long-term disability claim!

Click here for a another story on why you shouldn't post on social media when you have an insurance claim.

The Insurance Company Will Use Social Media To Deny Your Claim

Social Media scouting is just one of the tricks of the insurance company. The insurance company will also do surveillance - by phone and video. The insurance company chatted up his neighbors, called him directly and and made "discreet inquiries" to fish out whether he was running a business on the side or had any type of "side hustle." They even hung out on his block, trying to catch him on video doing something that they can use to say he can go back to work.

What most people don't know (but any insurance attorney worth their salt will tell you) files are often filled with surveillance video that insurance companies have gotten from unsuspecting claimants.

Many times you might hear the claimant (client) expresses outrage: "How dare they sit on my street and video me. It's an invasion of privacy for them to follow me to my doctor's office."

Here's our reply: "Don't lie to the insurance company. What were you thinking?"

You Don't HAVE To Kill Your Disability Claim With Social Media.

Here Are Some Tips To Help You Out.

Cheaters always get caught. Be honest and straightforward when talking to the insurance company about what you can and can't do.

The insurance company probably knows when your next doctors appointment is. Be aware of that fact- they will likely be videotaping your trip. Don't stop at Home Depot on your way.

An experienced long-term disability lawyer will be your best investment with an ERISA claim, but they cannot work miracles. They cannot make "discovered" social media disappear. There's a lot an experienced firm can do to improve your chances of winning but changing the reality of a video or photo or Facebook comment isn't one of them. If you have questions about your ERISA disability claim, or have received a denial letter from your employer’s insurance company, give us a call at 202-393-3320.