What Should I Do if My Doctor Says I'm Fine But I'm Not?

The Washington Post ran a story this week about a woman, Lina Kharnak, who turned out to have endometriosis, but didn't find this out until years after she had begun investigating the source of her pain. She had painful, heavy periods, radiating pain in her back and leg, and UTI's, constipation, and trouble urinating for two weeks before her period. She was told it could be sciatica or spinal stenosis, or side effects from being 25 pounds overweight. 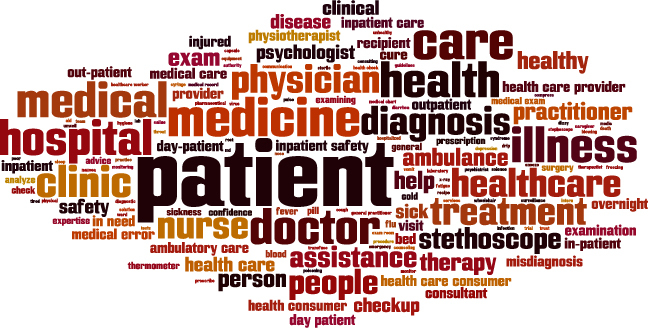 They didn't believe her.  The doctors never stopped to consider other causes and never referred her to another specialist or consultant for a second opinion.

But she was not to be deterred. She sought out a longtime friend and gynecologist, who did a CT scan of her abdomen and pelvis. Turned out "the kidney was badly swollen because it was blocked and unable to drain urine properly." The kidney had stopped functioning altogether.

She looked up an "endo specialist" (practice mostly focusing on endometriosis) while she was scheduled to have the dead kidney removed. This specialist could see that even though she didn't have traditional endometriosis pain, an MRI revealed a widespread disease. They scheduled an intense and difficult nine-hour surgery to perform a hysterectomy and remove her ovaries. She had to consult with a colorectal surgeon, a nephrologist and a neurologist in order to prepare for the surgery. The surgery was successful and Ms. Kharnak has "returned to work free of the pain that had largely defined the past seven years of her life."

As with anything else, there are some really good doctors and there are some not so great doctors.  It's easy for doctors to be arrogant and dismissive. They have education and power that most people don't have, and that kind of power needs to have a system for checks and balances to make sure mistakes get fixed and patients don't get hurt because of them. That's why Patient Safety Rules exist. There have to be safeguards against doctors being dismissive and failing to order or follow up on tests because they are in a hurry, or for any other reason.

Ms. Kharnak was convinced that there was something wrong with her, probably largely because she was the one who had to deal with the pain. Endometriosis is scar-like tissue that usually lines the uterus building up outside the uterine wall. It's a very painful condition and it would have been simple for the doctor to conduct the scans (the CT, MRI) that would rule out endometriosis for sure. Instead they told her that she wasn't presenting with normal symptoms (some of them, not all of them) and gave her other diagnosis, like sciatica or pain due to being overweight.

We want to be able to trust our doctors, but there is a gut check "test" that should go along with your medical treatment. Does it pass the "gut check" test? One of our clients recently told me that a doctor is pushing surgery, even though this isn't what the client wants. Another has come to me with questions about the efficacy and safety of epidural steroid injections. And their questions are fantastic; yes, you should be questioning the doctor's treatment. Not to the point of getting in the way of your own recovery, but if it doesn't feel right there is a chance your gut it worth paying attention to. Decisions about surgery or other invasive treatments shouldn't be taken lightly.

Give us a call today at 202-393-3320 if you believe that you have been misdiagnosed or Patient Safety Rules have been violated.