After Denial of Benefits, Construction Supervisor Wins Case in DC

Most of the time, these are bogus reasons.  But the question is what do you do about it?

We're pretty aggressive here - we request a Formal Hearing right away.  You see, we know there is a lot of delay built into the system.  We also know that with our track record, the best chance of getting your benefits paid is when we get close to a hearing in court - when they see how prepared we are and know our reputation, we can often get them to do the right thing even before we get to court.

You can request an informal conference as well.  And a lot of lawyers do.  I think that just adds delay and is a big mistake - and I cover this in my book on workers comp.

We had several issues to prove in this case - it was clear that the insurance company didn't believe our construction supervisor, because the doctor's notes (which all said he got hurt at work) were a little different in the description of the accident - he was painting when he fell from a ladder and hurt his back - but the doctor's notes sometimes said he was painting and didn't mention the fall from the ladder until a couple of months into the treatment.

Here's a tip - look at your doctor's notes after a work injury and make sure he has it right and describes how you got hurt (let's face it, doctors aren't the best listeners).

Plus, this man had 2 jobs, so he was entitled to "wage stacking" in DC.  That means we could add the income from the job he got hurt on to the income from his second job and his workers comp benefits would be based on the total - something the workers comp insurance company didn't agree with because they would have to pay him more.

Our client did a great job at the hearing when he testified.  We prepared everything, all of his testimony, practiced questions and explained what to expect in court - and he absolutely crushed it.  It was clear from the decision that the judge believed him and relied on his testimony.

Here's a copy of the full DC workers comp decision.

Finally, since the insurance company didn't file what they were supposed to when they denied the claim (they filed this late) we were able to hit them with a penalty as well.  Here's the last page of the decision and we have the entire decision (with our client's name removed) above. 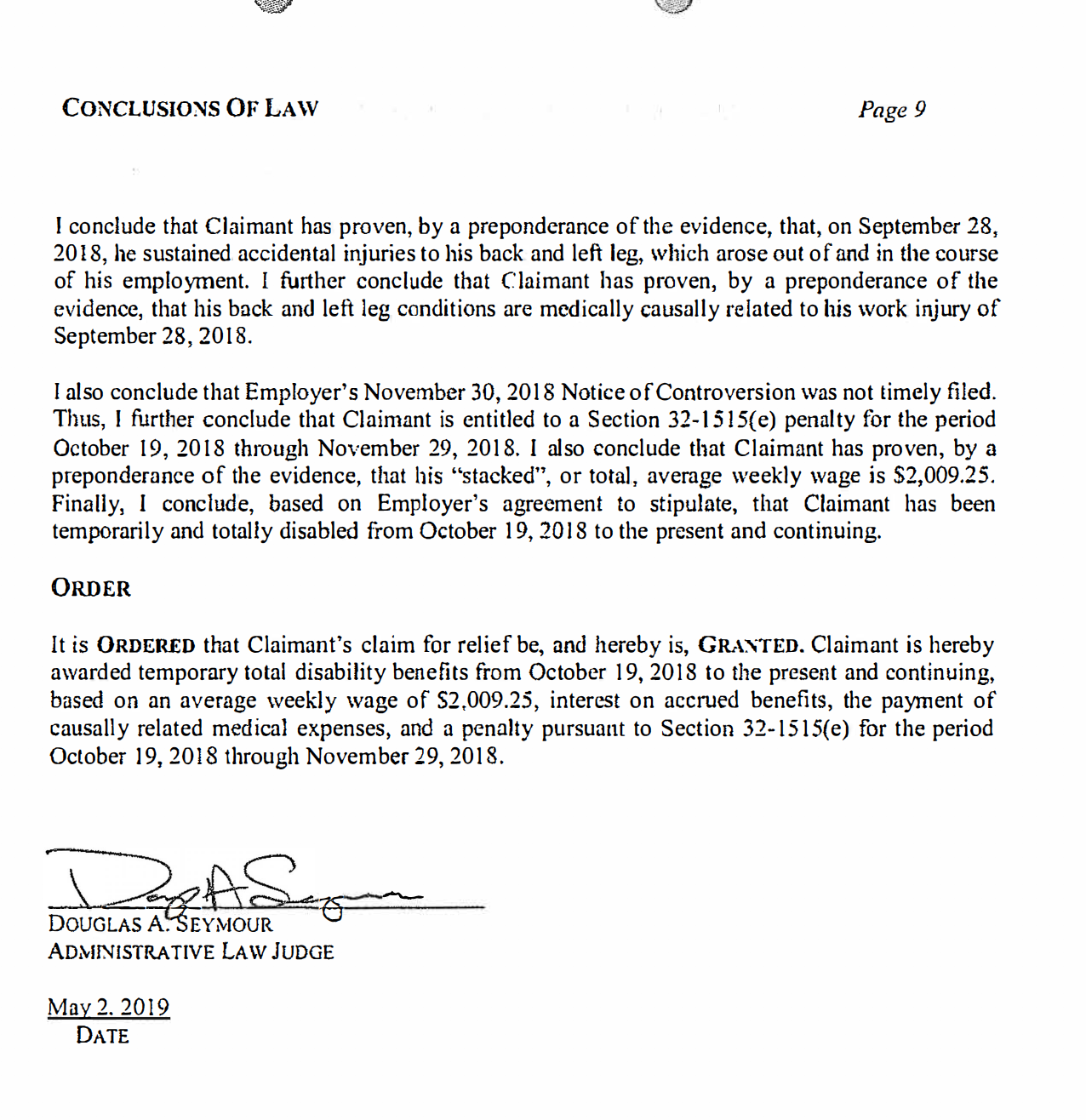