A Lack Of Communication Leads To Wrongful Death In Virginia 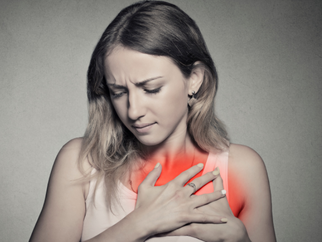 In a Virginia medical malpractice case, an HMO doctor referred his patient for an ultrasound, or sonogram, to determine whether she had developed deep vein thrombosis, usually called DVT, or blood clots in the legs.  The patient had complained of pain and had injured a leg, making her immobile.

The radiologist reviewing the ultrasound diagnosed deep vein thrombosis (a potentially life threatening condition).   He called the HMO doctor to inform him of the diagnosis, but got put on hold and eventually hung up without telling anyone.  His office sent a report to the HMO a day or two later and it was put in the patient's chart by a clerk who did not understand the significance of the diagnosis and without an HMO physician seeing it.

The patient suffered a pulmonary embolism (a blood clot that breaks off and travels to the lung, where it can block the pulmonary artery and cause death) and died without ever knowing the results of the ultrasound.  The unnecessary death could have been prevented if the HMO doctor and radiologist simply communicated.

The standard treatment for DVT is 90% effective and would have most likely prevented the pulmonary embolism.

This patient was a mom. She left 2 kids ages 23 and 12 at the time of her unnecessary and avoidable death.  Her daughter came to us shortly after being referred by a family friend to get answers or see if anything could be done to help.

The substantial settlement they received also helped them keep the house they lived in, and provided for college.