Despite Prior Injuries and Surgeries, Store Manager Gets Workers' Comp Settlement After Knee Injury.

Does a Previous Injury Mean You Can't Get Workers Compensation in Washington, DC? 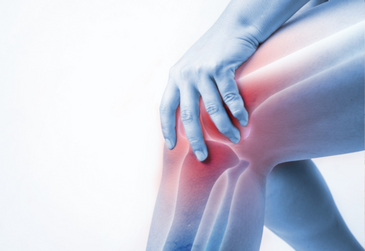 A lot of us have old injuries - sports injuries from high school, an accident when you were a kid, or if you've been working a physical job your whole life and you have previous injuries at work.  Workers' comp insurance companies love those previous injuries because it gives them an excuse to deny legitimate injuries to the same body part.

A store manager of a large chain was working 70 hours per week at his store, at which he had won a number of awards for increased productivity, profit and revenue. Basically, he was doing his job and then some.  Because the store's corporate team had decided to slash costs, they had laid off a number of employees, leaving the manager to do more of the physical work - receiving shipments, stocking inventory, etc. Sound familiar?

He was moving a shipment when his knee twisted and popped.  He sat down immediately because of the pain.  He got up a few minutes later to hobble to the front office to ice his knee.  And the whole thing was caught on surveillance video.

Sounds pretty simple doesn't it?  The manager would be covered by DC workers' compensation and get the benefits and medical treatment he needed until he returned to work.

The workers' comp insurance adjuster took a recorded statement.  This worker had several prior injuries and surgeries to his knee, going back to a high school sports injury 20 years ago.  But how would that matter?  He had been working full-time 70 hour weeks for well over a year with no problems, and had made this company a lot of money in the process.

Prior injuries don't disqualify you from workers comp.

He got immediate medical treatment for the knee, but that's just X-Rays and pain medication.  Luckily, he found the doctor who had performed surgery on the knee many years ago.  Because he had been through it before, this worker thought he had a torn meniscus, and so did his doctor.

Rather than just prolong the time out of work and make the condition worse, they decided on surgery - despite the insurance doctor saying he should wait and try conservative measures. The insurance adjuster was also saying it was unrelated to the work injury because of the prior injuries and surgeries.

How Do You Prove A Knee Injury Happened At Work?

In an arthroscopic surgery, the orthopedic surgeon will be able to see the meniscus or other body part and can photograph the condition of the knee.  Thanks to a well-written operative report that described an acute (recent) tear and the photographs, we were able to ultimately convince the workers' comp lawyers and insurance adjusters that this injury happened at work, despite the history of prior injuries and surgeries.

We are constantly thinking of the best evidence and best way to prove our cases, so our clients can get everything they deserve for themselves and their families - working with doctors, nurses and experts on the medicine.