Medical Malpractice in DC Leaves A Widower With Two Kids

When Our Clients Come On Board, They Know They Can Call Us For Anything 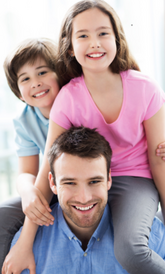 We at Donahoe Kearney have been lucky to form relationships with most of our clients, and are happy to get referrals from them.  Still, it breaks our heart when they refer to us a case concerning a close family member of theirs.

A hardworking bus driver was hurt on the job.  He depended on this job to support himself, his wife, and his children, and desperately needed to be compensated for the work injury he sustained.  He turned to us at Donahoe Kearney to represent him in his workers’ compensation case, and we went to court and won his case.

Unfortunately, That Was Not The End Of Our Business Relationship.

He called me a few days later to say his wife had died, and that she died shortly after being discharged from a D.C. hospital.  They had been married since he was 19, and had two young children: twelve and six.  Their six year old suffered from a rare kidney disease, and had to undergo expensive and frequent treatments for it. I asked about his wife’s medical condition before the discharge and he told me she had developed shortness of breath, chest pain, and was on bed rest, so had pain and swelling in her legs.  Unfortunately, the pain and swelling developed into a blood clot. Her HMO doctors would see her in the hospital, but not communicate effectively with the hospital doctors. The doctors didn’t recognize or ignored the signs and symptoms – probably because they weren’t working together.  Later, we found out she had a pulmonary embolism – which has a treatment that is 90% effective.

In This Case, The Doctors Were Negligent And Our Bus Driver Lost His Wife.

The bus driver turned to us again for legal representation, and we fought for his family, as we fought for him before.  Litigation dragged on, but in the end, we won this wonderful family a settlement that goes toward treating their son’s rare kidney disease, paying the kids’ school expenses, the mortgage and other things the family needed. The bus driver and his children can depend on this settlement for a very long time, and we are happy that they are pleased with the results of both cases.