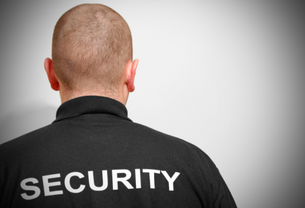 A security guard, hurt at work in Washington, D.C. recently settled his D.C. workers compensation claim.  The employee initially injured his back at work and later developed neck pain as a result of his on the job injury caused by a fall. The workers compensation insurance company denied that the neck problems were related to his fall at work.
He was referred to Donahoe Kearney, LLP by another lawyer. We won his case at the formal hearing and again on appeal before the Compensation Review Board.  The worker's compensation insurance company appealed to the D.C. Court of Appeals (the highest court in Washington, DC) and the case settled after briefs were filed with the court.  In addition to the settlement, this employee received ongoing workers compensation benefits the entire time the case was on appeal because we won his case at the formal hearing.

Do You Have A Work-Related Neck Or Back Injury? Contact Our Aggressive Workers Comp Attorneys Today!

Have you been seriously injured at work? Don't try to win your benefits and negotiate your settlement on your own. You need an attorney who understands the rules and knows the tricks the insurance company will try to use. Contact Frank Kearney today at 202-393-3320 to get the help you need now.