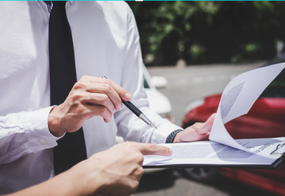 A retired Army veteran, on his way to work in Prince George's County, MD was run off the road by an aggressive driver who caused the accident and left the scene.  Because the hit and run driver was speeding and it was early morning, no one could identify the hit and run driver - and of course he never stopped.

The Army veteran's car landed in a ditch and he was hospitalized with traumatic injuries.

Thankfully, he had uninsured motorist coverage to protect himself in case something like this happened. His insurance company covered the injuries and he was able to get a fair settlement after he recovered from his injuries.