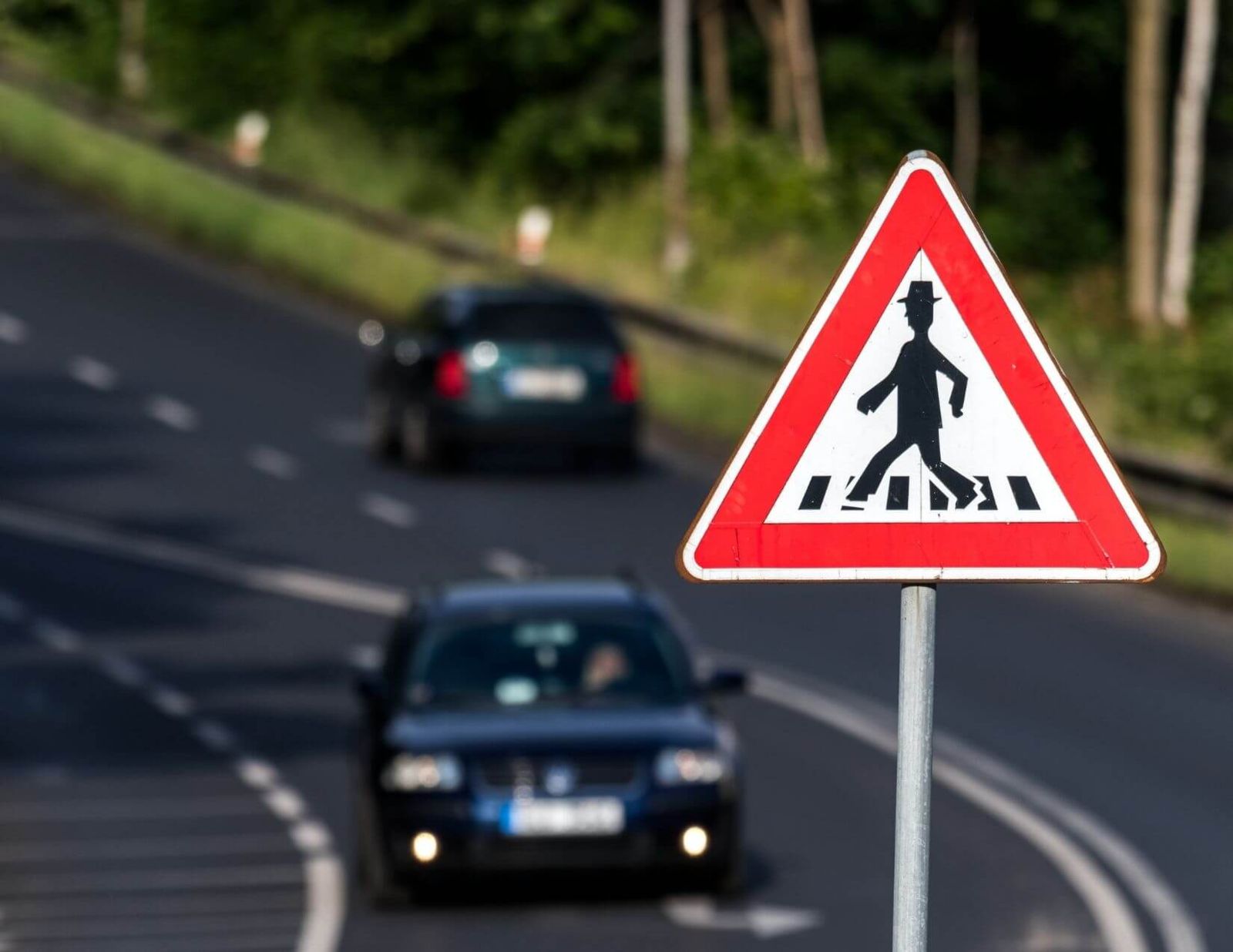 This day in October started like any other for a hard working, retired military government worker.  Like most days, he got to work before 6 am. His office was a short walk from the parking lot, and it was still dark.

He grabbed his briefcase, locked his car and walked through the parking lot.

At the corner was a crosswalk - the spot where he always crossed.  It even had a Pedestrian Crossing sign with flashing lights to warn drivers that people were crossing the street. But some DC drivers don't stop at crosswalks, don't obey the signs and don't follow the rules of the road.

The pedestrian was thrown up and over the hood, landing hard on the street.

The whole car accident was caught on camera by nearby surveillance.

The driver said that despite the sign, the flashing lights and the reflective paint that outlined the crosswalk, that he never saw the man.

The Accident Resulted in A Serious Injury Claim

After getting hit by the car, the pedestrian could barely get up. He was taken to a DC trauma hospital.  The testing revealed he did not have a concussion but had severe orthopedic injuries - a torn rotator cuff, torn ligaments in an ankle, a broken foot, plus a number of other serious injuries.

His treating orthopedic specialists ultimately performed 3 surgeries to addresss the injuries caused by getting hit by that car and he faced a long and painful rehab.  He couldn't return to work for nearly a year and couldn't drive to pick up his daughter at school, or help his wife - a lot of the burden of every day life fell on his family when he was laid up - they had to care for him in addition to everything else they were involved in, and that was the worst part.

He needed help from an experienced car accident lawyer to help him deal with the insurance company while he was recovering.

After A Serious Injury in DC, You Need a Plan To Stand Up To The Insurance Company

He needed closure and needed to move on after dealing with the effects of the injury.

We guided him through the legal process every step of the way, so he could focus on getting better and being with his family.  His case was complicated by several sources of insurance and the number of injuries he sustained, and when he accepted the settlement offer of the full insurance proceeds, felt he could relax and put the whole thing behind him.

He was able to go back to work and after working hard and focusing on his treatment and rehab, to doing many of the things he enjoyed before getting hit by the car.

All we do is guide people through the difficult process after a serious injury or illness - many of our clients are just like this man, doing everything the way they should, walking in a crosswalk, and still getting hit by a car.

Car Accident Q and A

What Our Clients Say About Working With Us