Doctor Operated On Wrong Part of the Body in DC Hospital 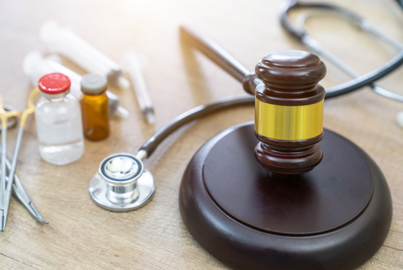 A patient who required surgery for a serious injury woke up from anesthesia to discover his doctor did surgery to the wrong area of his body.

A superintendent at a commercial building in D.C., he could not work for an extended period of time because of the rehab, additional treatment and harm caused by the negligent surgery.  He had extra medical bills, lost income, and the lingering affects of a surgery he never needed.

There are several protocols to prevent surgery to the wrong body part - identifying and initialing the surgical site, taking a "time out" where everyone in the operating room stops what they are doing before the surgery and identifies the patient, the surgery being performed and other important factors. These are called Patient Safety Rules.

Unfortunately, either these patient safety rules weren't followed or the doctors and nurses just ran through a checklist quickly, without really checking.

So you'd think that would be an easy case and that the physician practice group that employed the doctor would admit legal responsibility and settle the case fairly and quickly.  But they still required the patient to file a medical malpractice lawsuit before making any offer to settle the case.

The medical malpractice case against the doctor and doctor's practice settled shortly after the lawsuit was filed.

And the superintendent is doing better - he switched doctors, of course.