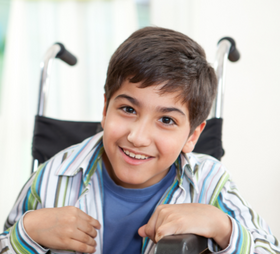 The case, against a hospital and attending physician in the District of Columbia, involved a young, healthy mom who went into the D.C. hospital in labor.  The hospital staff; interns, residents, and medical students delayed evaluating the mother and getting the right tests done. They should have been making sure both mother and baby were doing well and that labor was progressing normally.

After significant delay, the healthcare team was not prepared for any complications and did not deliver the baby even though there were clear signs of fetal distress.  Additionally, the attending physician did not come to the hospital in time.  The baby suffered from perinatal asphyxia, or lack of oxygen at birth, which caused brain damage and cerebral palsy.

He could not walk, speak, and was confined to a wheelchair (and could only really communicate with his mother). He could not control much of his movement, so he needed a care giver to bathe him, feed him, and change his diaper, which was all done by his mother.

The mother's care for her child for all those years was a powerful, uplifting part of the case. The child, who was a teenager when the mother came to us, was getting all of his routine medical care from the same hospital where he was born.

Can you believe that even though the hospital neurologists treated the young man for many years, they never told his mother he had suffered from perinatal asphyxia. Though the cause of his injuries and condition was documented in the hospital's medical records.

None of this was discovered until we filed the lawsuit and got those records for the mom.

The settlement, which is confidential, provided for the child's future medical and nursing care and other needs related to his disability.