After a Herniated Disc Caused By A Work Injury, This Chef Endured Several Surgeries

Settlement After a Serious Injury at Work 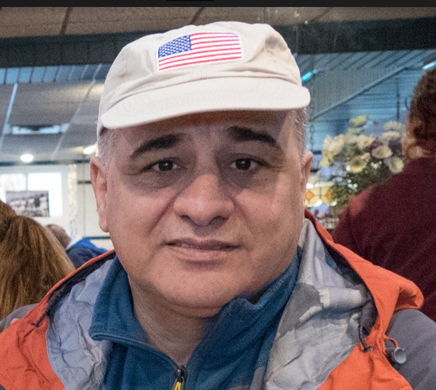 Most people don't think being a chef is a heavy duty job.  It is.

Like most of our clients, this chef was at the absolute top of his career.  He had worked for several high-end restaurants and was the main chef for an established restaurant, cooking amazing food and developing recipes for his customers.  He wasn't born in this country, but came here and became an American citizen, which was one of the most important and difficult things he had ever done.

You see, this chef had a learning disability and dyslexia - he could not read or write, in either his native language or English.

But he continued to move up through the ranks by memorizing his recipes.  And his cooking skills were incredible.

Anyone who has worked in a restaurant knows it is a physical job done under serious time constraints.  Helping move a marble top table inside the restaurant to get it ready to open one night, he felt a strange popping sensation in his neck.  A strong man, he continued to work.

As the pain, and the numbness and tingling in his arm continued to get worse, he went to a spinal specialist. After an MRI confirmed the herniated disc in his neck, the surgeon recommended surgery.  He thought he would be able to go back to work after his rehab but could only work for a short time before the pain, numbness and tingling came back.

As is sometimes the case with a herniated disc that has been repaired, there was additional pressure put on the level below the repair, damaging it to the point where a second more complicated surgery was required. The limitations and chronic pain he developed meant he could not go back to work as a chef.

Without transferrable skills or education due to his learning disability, he had very few options.

A case like this often leads to permanent total disability - benefits for life if you can't do any work.  And that's what the fight was about - and it was a pretty significant fight because no insurance company wants to pay the kind of money we were after for this man.  They sent him to their insurance doctors who said he was fine, had him evaluated and tested by vocational rehabilitation counselors (one of them wanted a copy of his passport to prove he was a U.S. citizen - I told her what she could do with that request several times, and of course we never gave in).

It took over a year but we convinced the workers comp insurance company he was permanently totally disabled because of a combination of the serious injury, doctor's restrictions and limited transferrable skills.   This former high end chef was not able to work in any job.

That's a sad and difficult thing of course, not being able to work, especially for someone who has been working since he was 14 (like a lot of us - the younger we started working, the more it means to us).

But the substantial settlement means he will have the financial security he and his family need, he won't have to worry about that.