How To Get On With Your Life After a Serious Work Injury in Washington, DC. 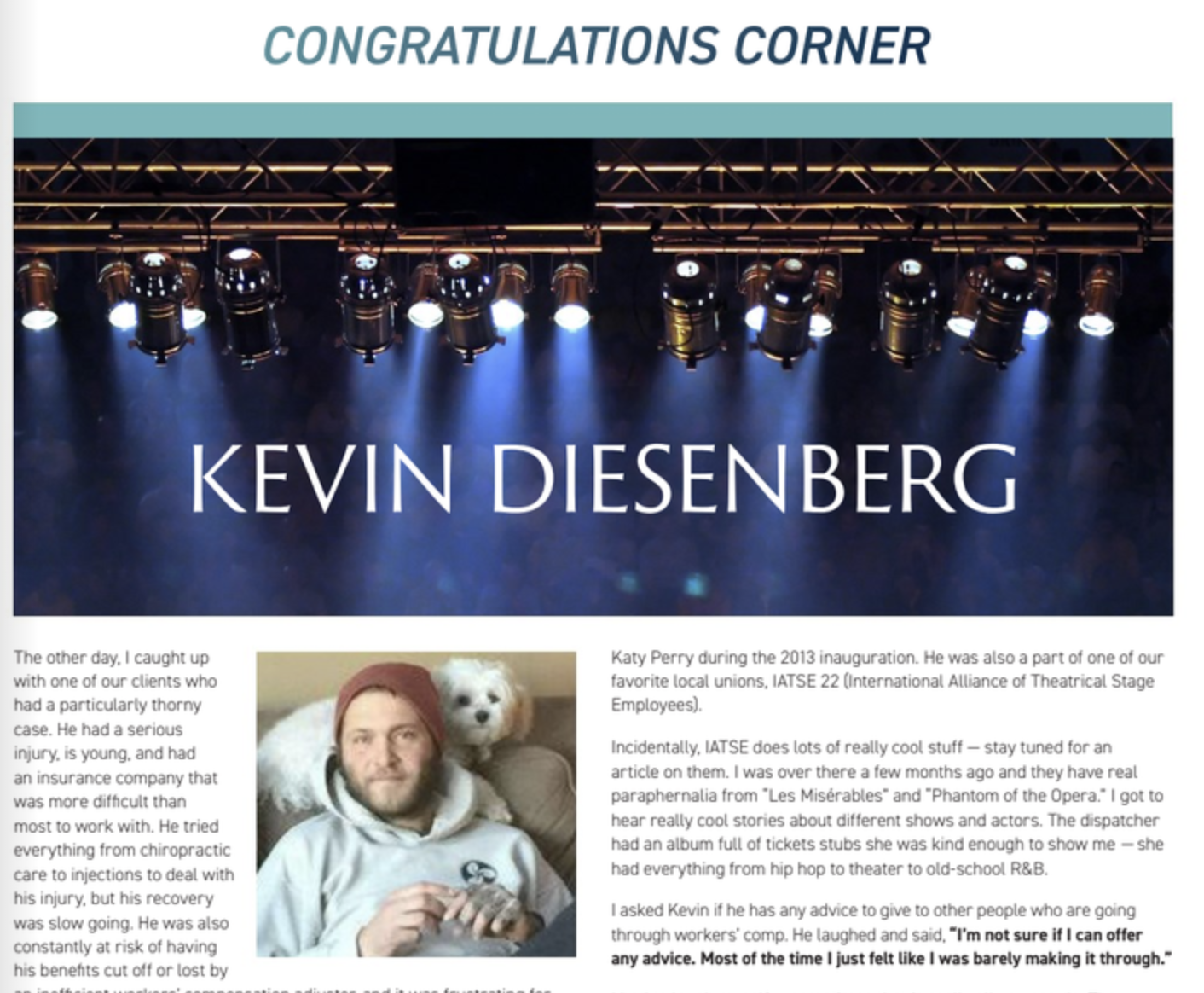 The other day, I caught up with one of our clients who had a particularly thorny case. He had a serious injury, is young, and had an insurance company that was more difficult than most to work with. He tried everything from chiropractic care to injections to deal with his injury, but his recovery was slow going.

He was also constantly at risk of having his benefits cut off or lost by an inefficient workers’ compensation adjuster, and it was frustrating for him to have so little control over the workers’ compensation process (as is the case for most injured workers). It was a constant fight for him to keep his chiropractic care, which was the only treatment really giving him relief from his back pain.

Personally, I’ve always been fascinated by Kevin’s case because he was working as a stagehand when he got injured. He was building a set at Capitol One Arena and lifted something that caused a pretty serious lower back injury.

Kevin went through a lot over the course of the settlement, but I could tell the difference in his voice when it was all through. He sounded relaxed, happy, and hopeful.

I did ask Kevin a few nerdy questions about his work, such as, “What was the coolest thing you have ever done as a stagehand?” (I LOVE musical theater and shows, in general).

He told me he has worked for “Cats,” done various theatrical work, and got to put the spotlight on the Obamas during both inaugurations and Katy Perry during the 2013 inauguration. He was also a part of one of our favorite local unions, IATSE 22 (International Alliance of Theatrical Stage Employees).

Incidentally, IATSE does lots of really cool stuff — stay tuned for an article on them. I was over there a few months ago and they have real paraphernalia from “Les Misérables” and “Phantom of the Opera.” I got to hear really cool stories about different shows and actors. The dispatcher Cathy had an album full of tickets stubs she was kind enough to show me — she had everything from hip hop to theater to old-school R&B.

And yes, I asked to try on the special Phantom of the Opera jacket and yes, they let me! 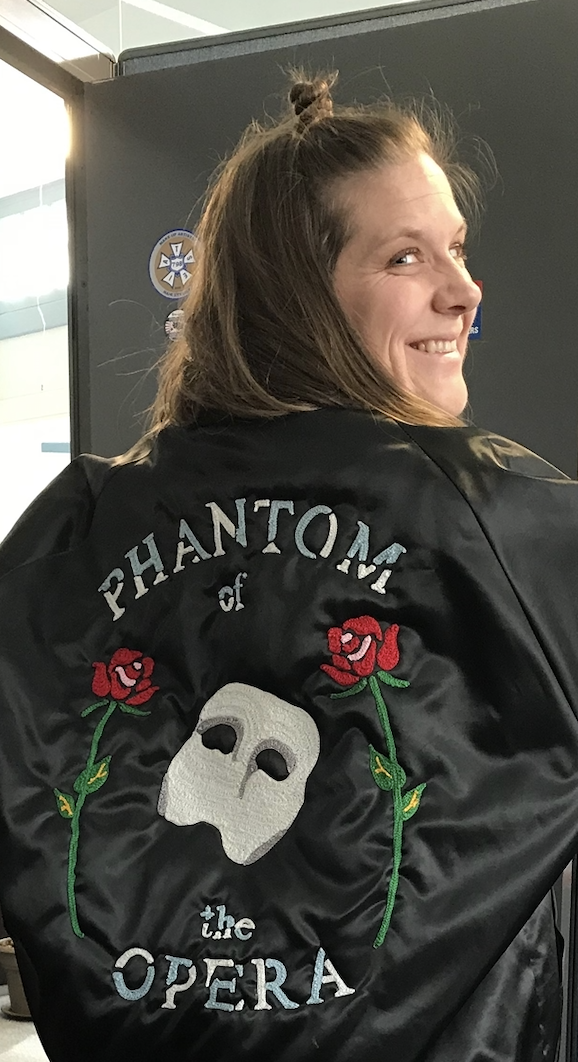 I asked Kevin if he has any advice to give to other people who are going through workers’ comp. He laughed and said, “I’m not sure if I can offer any advice. Most of the time I just felt like I was barely making it through.”

I had to laugh myself — sometimes that is really all you can do. The workers’ compensation system, by design, really puts you in a bind. If you have a workers’ compensation claim, you can’t collect it and work at the same time, which puts injured workers between a constant “rock and a hard place.” If that worker’s insurance company or adjuster is constantly looking for ways to stop paying them, they could go weeks or months without a paycheck because any work would kick them off of their insurance claim. It can be a mess. And that’s exactly where we come in — to help people (and fix the mess).

Kevin has some pretty big plans for the future. He is talented with home renovations and construction and is hoping to launch his own LLC very soon. Way to go, Kevin! We are so happy you made it through the process and have come out swinging on the other end.