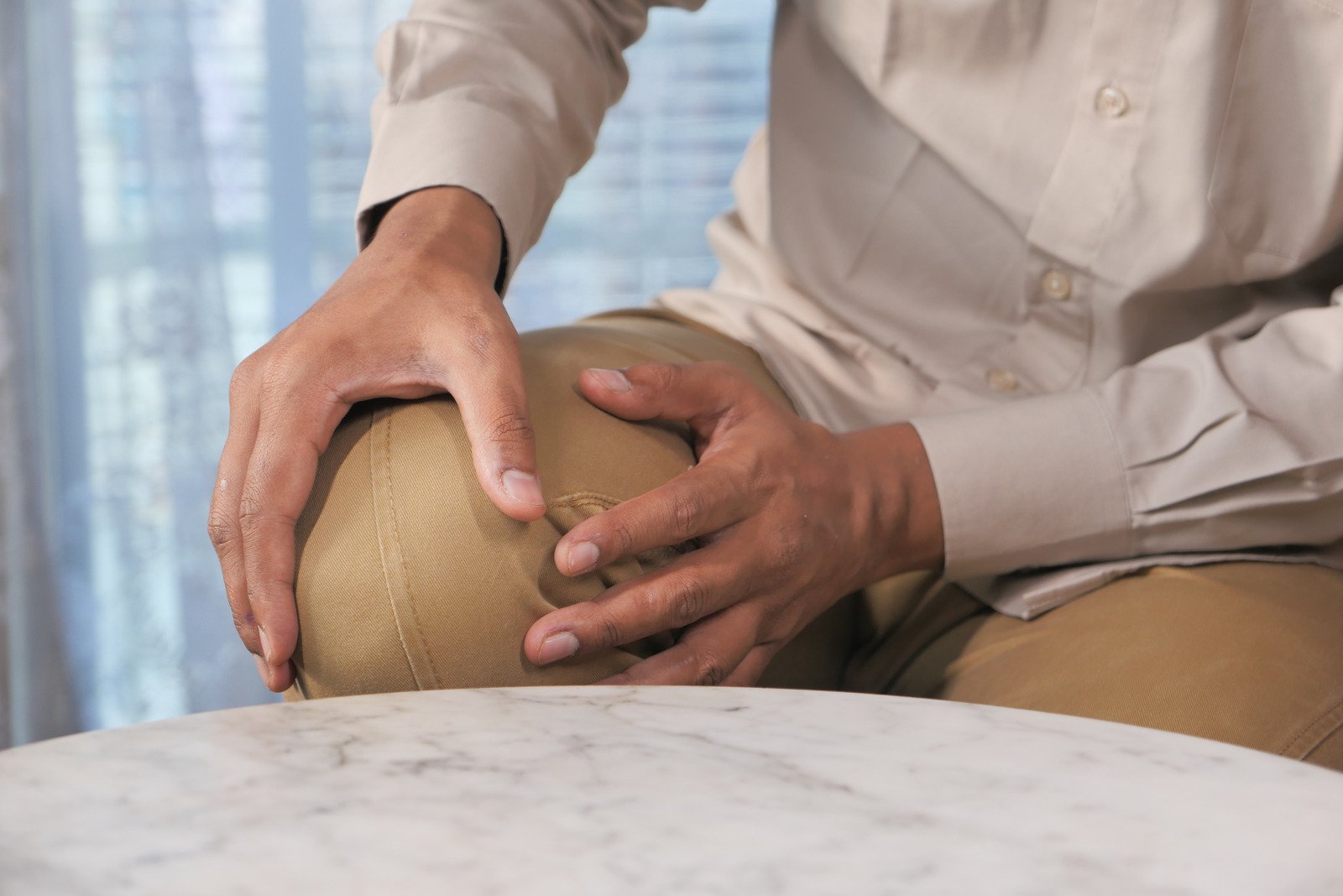 Working as an armed security specialist for a private company, being in charge of guarding sensitive government buildings is a stressful, physical, sometimes dangerous job.  You have to restrain people, break up fights and disputes, work in all kinds of weather, and protect people and property.  It's important, satisfying, well-paying work.  You have to be in top physical condition - there are physical fitness tests you have to pass to stay on the job.

Even after an ice storm hit DC, the buildings and people needed to be protected.  And while doing his rounds, an armed security guard slipped and fell on black ice on a ramp, coming down hard.  Even with a serious injury, not being able to put weight on his knee, he radioed his commander for relief before calling an ambulance.

That injury led to an arthroscopic surgery to repair torn tendons, and a lot of physical therapy and rehab.  But the damage was much worse; even after a second arthroscopic surgery, his doctors told him he would need a total knee replacement to get the knee functioning properly.  That is a major surgery, but the security specialist wanted it done - to get back as much as he could.  He missed the physical aspects of the job (he's former military and missed the intense work-outs he used to do).

Moving out-of-state to be closer to family and continuing his rehab and therapy, the knee continued to hurt and swell after the knee replacement.  Researching the best doctors and specialists in his area, he was soon faced with another set back - the knee replacement would have to be revised, requiring another major surgery.

But he was thinking long-term, wanting to make sure he was mobile and active as he got older, and agreed to another surgery (knee replacements used to last about 10 years, thankfully with better technology and procedures, they now last 15 or more years on average).

While recovering and doing rehab, he spent time coaching his sons' baseball teams (sometimes on crutches) and becoming a volunteer youth minister.

After many years (and it was a struggle), when the time was right for him, we were able to get him a significant settlement that provides for the income he will lose because he can't work in a heavy-duty job (what we call a permanent injury) and the medical treatment he will need.

His plans for the settlement money?  To continue his ministry in his hometown, especially working with kids.

Our Experienced Workers Comp Attorneys Can Help You Get Results Today! Contact Us!

Need help with a settlement or help getting the benefits you deserve? Reach us at (202) 393-3320 and check out our legal guides for additional information.