Why is it so important to follow the rules of the road when you're driving on D.C. streets?

Last year, a driver pulled out into traffic without looking. In a hurry, distracted, or not paying attention, he chose to just pull out onto a crowded D.C. street.  He never saw the delivery driver on his moped, taking a pizza to a customer in the neighborhood.  The deliveryman was obeying the rules: going less than the speed limit, in his lane of traffic, not texting or talking on the phone - just driving.

Rushed to Washington Hospital Center's orthopedic trauma unit, the deliveryman was taken for emergency surgery to try to salvage the hand (because of the extent of the injuries, doctors discussed a partial amputation).   The trauma surgeon who operated on him said it was one of the worst crush injuries he had seen in 40 years of practicing medicine.  Here is the actual x-ray we used in the trauma surgeon's deposition about the injuries. 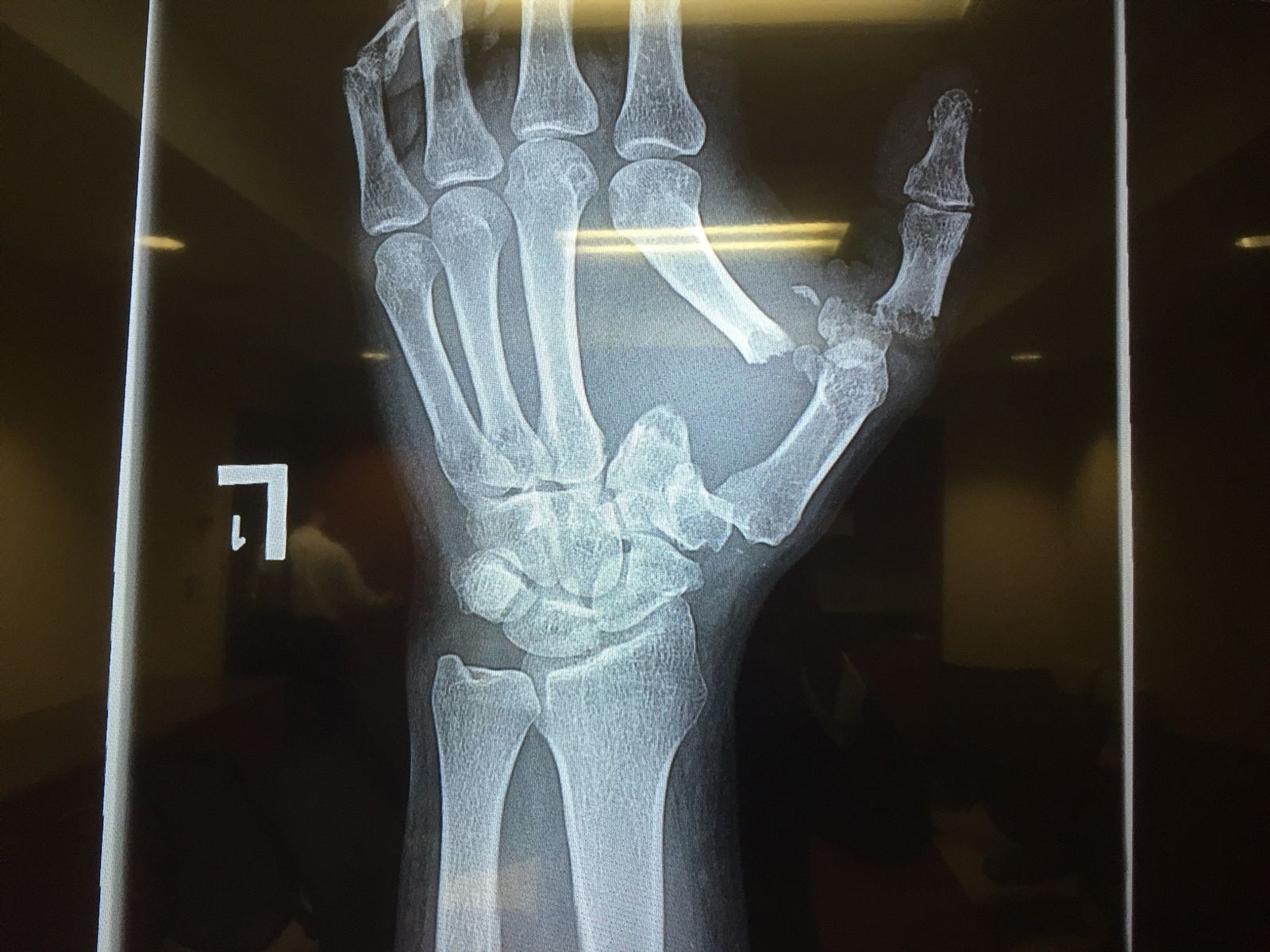 This deliveryman is one of the toughest people we have had the pleasure of working with.  His settlement will help him provide for his family and find a new line of work.

A serious car accident in Maryland can change your life. Hospitalizations, surgeries and medical expenses can come quickly - and how will you survive if you can't work?

Call or email us for information on how to protect yourself and your family right from the begining. Any call or email is quick, confidential and free.

And we'll send you a FREE copy of our e-book The Ultimate Guide to Accident Cases in the DMV so you can learn what to do right away before the insurance company starts calling.

Don't talk to the insurance company until you get this valuable information for you and your family.