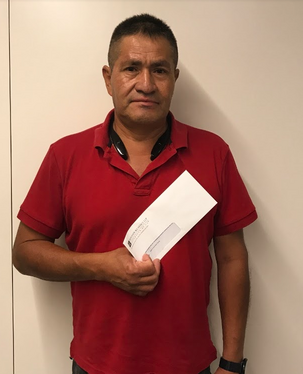 Working construction is a hard, physical job.  But what happens if you're hurt on a construction site and the accident is caused by another contractor?

This is the true story of one of our clients, a concrete finisher.  Concrete workers dig the holes for footers, build the rebar cages, vibrate, smooth, and level the concrete.  And our guy had done that for 20 years, rising to be a foreman for his crew of 5 concrete workers that worked in commercial construction.

Any large structure needs footers to hold and stabilize the weight.  On an October morning at a construction site in Northeast, those footers for a large parking deck had been dug and leveled.  They measured 16 x 30 feet, were 4 feet deep, and had been tied off with steel rebar cages to stabilize the concrete. It was the first pour of the day on that jobsite.

Because the concrete workers need to level, smooth, and vibrate the concrete, they use scaffold boards, secured across the footer, to walk across and stand on to reach the concrete in the middle of the footer as it is poured. The concrete trucks had been ordered and the crew stood by the footer waiting for the first truck.

The first truck backed into place and the driver lowered its concrete chute into the hole.

The driver (the only one who controls the concrete chute) raised the chute while the concrete foreman had his back turned.  He knew the scaffold board was in place, workers were in the area, and that he had to wait for a signal before moving the chute.  He didn't look - he just raised the chute. The concrete chute hit the scaffold board and flipped the foreman into the footer.  When he landed, his leg got caught in the rebar cage, breaking it in several places.

The ambulance crew and fire fighters used a special stretcher to pull him out of the footer and he was taken to a local hospital for emergency surgery.  His recovery included hospitalization, two surgeries, many visits to specialists, and physical therapy.  Still, he was left with a significant permanent injury.

Since he was at work when he was hurt by another company's employee, he could get both workers' comp benefits and file a case against the company that caused the injury.  Both cases settled, allowing him to retire from the strenuous job he held for so long and providing for his future care.