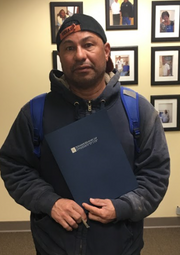 A commercial carpenter hurt on a construction site in DC settled his case for a significant sum to allow him to continue his recovery.  His injuries and several back surgeries left him unable to work in the only field he had worked in since he was 16 years old - heavy duty construction. In workers compensation we call this a permanent injury and it means that any settlement has to account for future lost wages. We evaluate a permanent injury by having the worker evaluated by one of our doctors and getting an impairment rating, which we then bring to the insurance company.

Insurance companies of course don't want to pay for permanent injuries and so if you have a this type of injury, you'll need an experienced workers compensation lawyer working on your behalf to negotiate with the insurance company.

For this client, settlement negotiations were complicated and drawn out because the insurance company repeatedly followed him trying to videotape him and disputed his level of functioning, even after several well documented and necessary back surgeries.