This injured worker in Washington, DC injured his right hand and ring finger while he was employed as a construction worker. He had several surgeries and 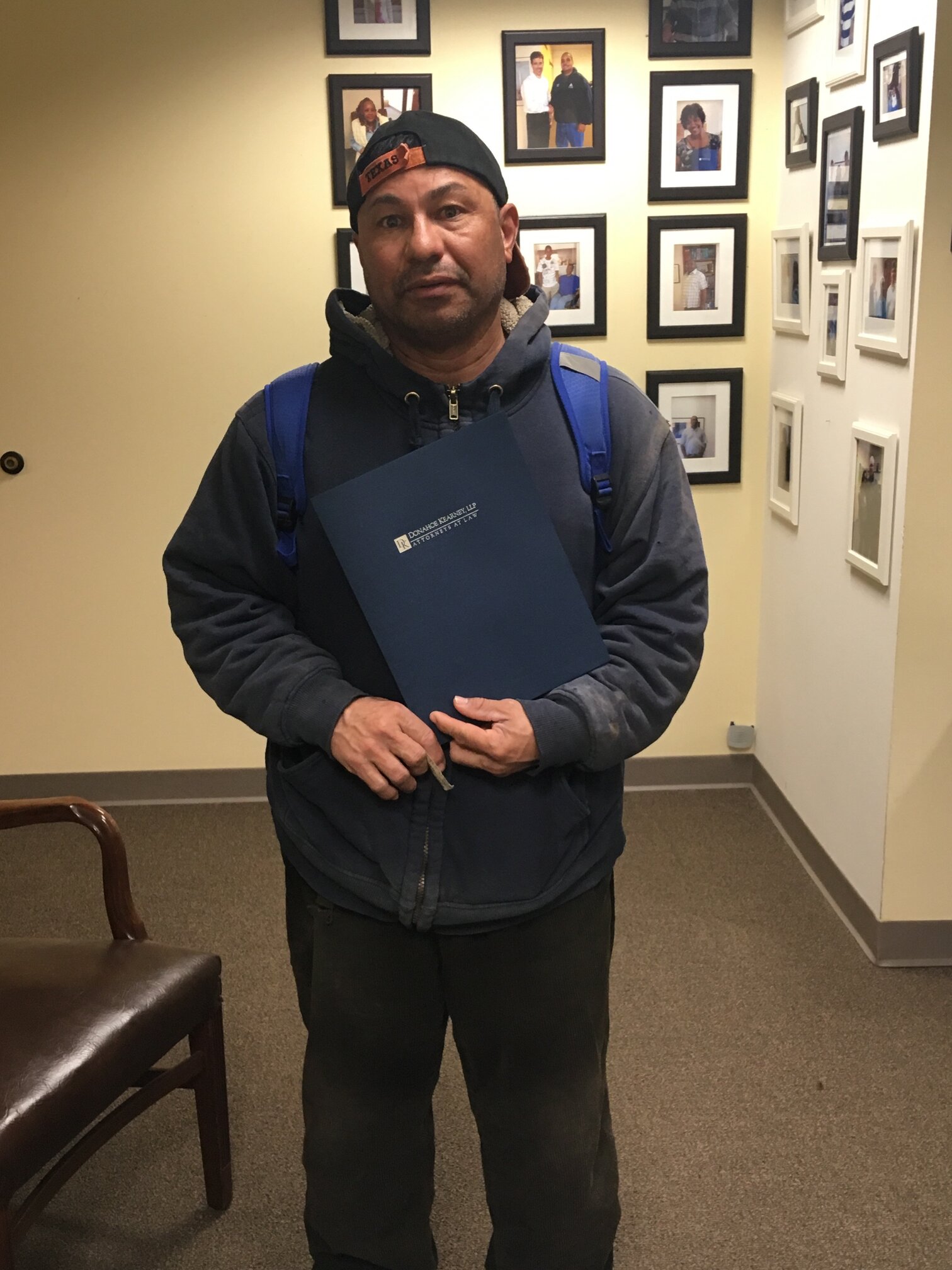 we filed his D.C. Workers Compensation case.  After all of his recovery and rehab, he was able to return to work, and after making sure he was paid workers comp benefits while he couldn't work, we were able to get him additional benefits for a permanent injury (usually a doctor has to indicate there is a permanent injury based on the pain, loss of strength, limitations, etc. and that was the case here).

Rather than go to a hearing and have a judge decide, we convinced the insurance company to agree to pay the award, so he received what we call a Stipulation, which is an award for a permanent injury. As you can see, he needed it!

It was a bad crush injury to his hand but thankfully did not prevent him from going back to work in construction.  He is a pretty tough guy to put up with this kind of pain.  We're happy we had a chance to help him.