What made up holidays do you celebrate?

It’s well documented that I have a hard time remembering birthdays (just ask my nieces and nephews who have never gotten a card and gift on time), anniversaries and holidays.  Plus, I’m such a last minute shopper that it just compounds the problem (and makes for lots of gifts for people to return...).

The one day I love to celebrate (or at least mention) is Engagement Day, December 19th, because it’s the one thing in life I remember that my wife Kathy does not (and I understand there may be valid and deep rooted psychological reasons for her forgetting this day).  Maybe it’s such a big deal because I have not planned any family event of significance, that actually worked out in the 26 years since – every holiday season my kids will literally sit around and talk about past vacations.  The discussion usually goes something like “remember when Dad got us the crappiest hotel in ____.  That was bad.  or _____ or how about ____.  The oldest will say you were too young to remember but that was the worst.”

The real story is how I got the ring and it starts with a man named Smith.  Everyone has a friend like this – someone who just knows where and how to get stuff (like engagement rings).  He was in law school in Philadelphia where they have a jewelers row and where you can buy diamonds using your next semester student loan! So I went up there the weekend of the Army-Navy game (good cover, right?).

And we went to a relatively sketchy part of the city where every store for several blocks sold diamonds, jewelry, precious metals, rare stones – none of which I knew anything about. And we found the perfect stone and setting and everything looked great, but I couldn’t quite afford it – even with the law school student loan. 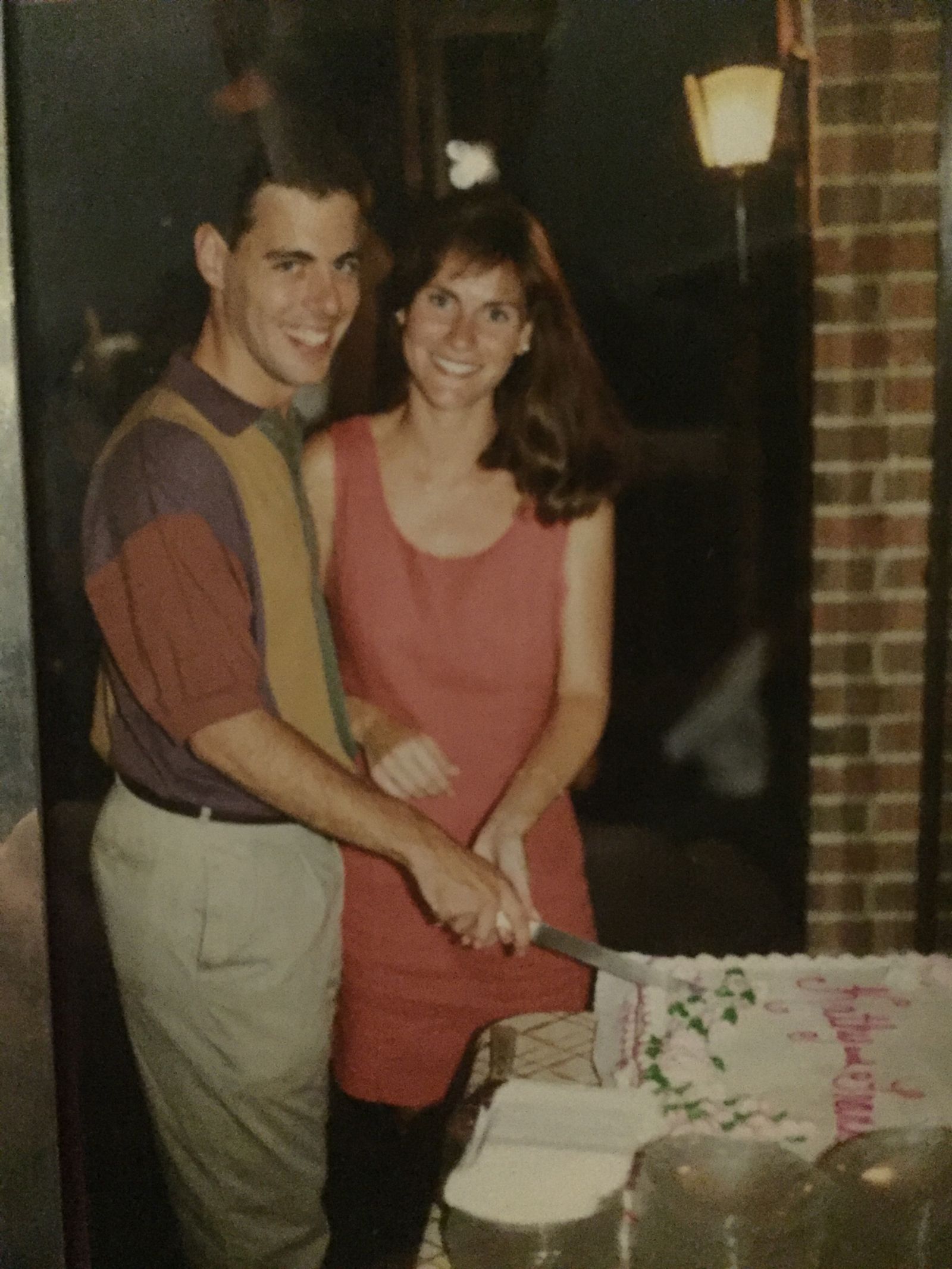 And that’s when we learned about “the discount”.  Now I can’t reveal the basis for the discount (Smith, my attorney, advised me not to) and the jeweler only vaguely alluded to it, making it seem not quite illegal but not necessarily legit, and it involved paying in cash.   All of a sudden, I needed a lot of cash, not just a cashier’s check.  I was in Philadelphia.  It was Saturday afternoon. Banks were closed.

If you don’t know it, Philadelphia is actually a Navy town – with a big shipyard and base there.  Which was awesome because my bank was Navy Federal Credit Union, and I needed to hit a lot of ATMs.  We somehow got a list of ATM locations and went all over town (no GPS or cell phones) withdrawing the max you could at every one, getting back to the jeweler with cash just before closing time.

And what’s worse than carrying all of that cash around Philly? Try carrying a diamond ring you just spent your life savings (and student loans) on...

I don’t remember how I paid for that last semester of law school.  But I do remember years later, when Kathy and I were still paying off student loans, thinking it was worth every penny!