One of "Our Kids" Has Overcome A Lot - Here's His Story 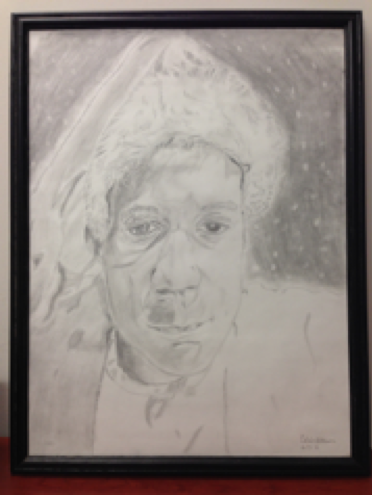 Meet Calvin. He is a twenty-something and recently graduated with a bachelor’s degree in photography and a minor in business from George Mason University (to which our very Frank Kearney is an alumnus)!

When I asked him to tell me a little bit about himself, here is how he described himself: Laid back, likes art, started off drawing and still draws, got into photography a couple of years ago. He started off college at Nova Community College and transferred to Mason after a couple of years. He took his first photography class at Nova and got hooked.

Our office is graced by one of his drawings, which he entitled "Self-Portrait." Pretty impressive, right?

Calvin is very versatile when it comes to art. He was kind enough to share his website with me, and I'll share with you a few of my favorites. Check him out at --- and consider hiring him for your next event!

Calvin enjoys doing portraiture and did a lot of still-life for his senior project. He said that his college career was marked by rushing, late nights and stress (aren't they all) but also he found a lot of creative outlets and learned through business classes how to make money for himself. This is of course, useful knowledge for any budding artist. 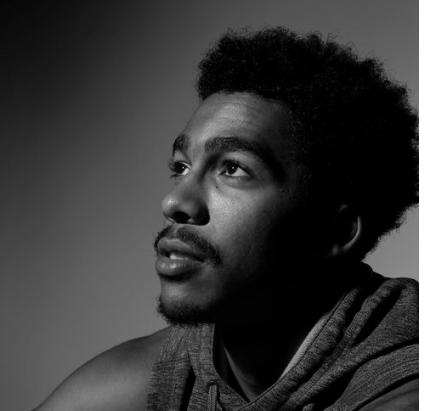 We love Calvin's story because, while it takes a lot of time and dedication for anyone to get a college degree, we know firsthand the struggles and challenges he had to overcome.  Calvin became a client of Donahoe Kearney a few years later and we were able to use his case to help make a positive impact in his life. This is the type of case we are proud to have.

I spoke to Calvin’s mother, Marchelle, to get the full story. When Calvin was 11 years old he started complaining about chest pains and headaches. She took him to the hospital and they said he had pneumonia, and put him on antibiotics. Two weeks later he finished his antibiotics, but was still complaining of the same symptoms. The hospital had a couple of explanations that didn’t make sense.

They refused to do blood work because he was not running a fever. On Christmas Day she went to wake him up but he was still sleeping, and she was worried – what kid sleeps in on Christmas Day? As the day progressed, he was hallucinating and having trouble with balance. His mother knew that something was wrong and she took him back to the same hospital, where he eventually began losing feeling in his legs.

If the hospital had reviewed all of the information they had (Calvin's family didn't know it but in the medical malpractice case against the hospital we found an MRI that was never read until after he was discharged) the doctors would have made the right diagnosis and treated him in time to avoid the paralysis.  Instead, he was in the hospital for almost a month and then he was in a rehab facility for another four months.

But as his mom said “he doesn’t let anything hold him down or hold him back. Even when he was in the hospital he was doing his schoolwork. He would tell his brother ‘don’t you mess around with your grades.’ Calvin always had A’s and B’s in classes, and kept the faith. He doesn’t like for people to help him unless he asks for help. He doesn’t want you to do anything special for him. He didn’t want the electronic wheelchair. He likes the one he can push himself. I am so proud of him.”

Calvin and I discussed how helpful it is to take your time going to college; it's not particularly useful to declare until you are certain of what you want to pursue. Calvin took general studies at Nova and then started off with business administration. He wanted to own a restaurant at first but discovered he didn't really like cooking for lots of people so he switched. Judging by his portfolio, he made the right choice!

Right now, he is looking for photo assistant jobs, to assist an established photographer, or even an internship. He would like to own his own business down the road. Let us know if you have any art contacts for him!

We are proud of him – our case against the hospital helped get him the resources, treatment and help he needed to live independently – but the motivation, hard work and talent was all Calvin.  Congratulations Calvin!