You Saved My Life.

I sat across the table from a long-time client and his wife the other day having lunch.  They were smiling, laughing and talking about a recent vacation with their 6 year-old son.  His settlement had been finalized a month or two ago.

Then he got quiet and looked me right in the eye.  “You saved my life. A few years ago, I would never have been able to laugh and enjoy a lunch like this.”  His wife held his hand and smiled.

I met him several year ago, when he was much, much different.  Like a lot of our clients, he’d had a bad injury – herniated discs in his neck had required 2 complex spinal surgeries.  The pain started and never stopped. His pain management specialist had tried everything to control the pain and the only thing that seemed to help, at least at first, was opioids.

But as the months turned into years, he needed more and more.  And if he didn’t get them, he would be desperate.  Even with higher doses or more pills, he would run out before his next doctor’s appointment, trying to make the last one or two last and begging the doctor for more.

Before the injury, he had a successful career, working at a lot of well-known places.  His education was limited because of a learning disability diagnosed as an adult, but he didn’t let that hold him back.  He was always a “people person” he was full of life and loved to talk and meet new people and share his thoughts and skills.

But now he was quiet.  Withdrawn. Barely noticing his wife and son.  Or he was anxious, worried, upset, sick with fear that something could happen to his opioids.  At first, his doctor said he didn’t have a choice, he had to keep increasing the meds, they were the only thing that controlled the pain.

If he was running out of medication, he was on his way to the emergency room to try to get more.  His life revolved around the number of pills in bottle.

He was ready to quit (I don’t mean the drugs).

Yes, his case was in great shape, but so what - he needed something more.  I just felt we had to do something for him. I talked to his doctor, who generally agreed but wasn’t all that helpful or interested.  I had an older client with a successful rehab at a local clinic, but this addiction just seemed worse. This guy had no risk factors that I could tell – no alcoholism, other drug addiction, etc. in his past.

It was ruining his life, his young family.

We looked for rehab and treatment centers, but many wouldn’t take workers comp insurance or wouldn’t accept him because of the learning disability (he can’t read or write).  I was on the phone every day with the insurance company to convince them getting him off the (expensive) opioids was in their best financial interest.

Finally, we found an inpatient treatment center that specialized in opioid addiction.  But it was in Florida.

Back to the insurance company.  The cost of a plane ticket was less than the monthly oxycontin – and this was no Florida vacation.

Our last hurdle was the interview – the Florida place had the same concerns as the others.  So, they wanted an interview by phone. Which we did in my office, with me there. And it was probably hard for the rehab facility coordinator to hear, or to sometimes tell who was talking…let’s just say he got in.

He was scheduled to leave on a Sunday two weeks later, a late morning flight.

But as the date got closer, he was nervous, upset, not wanting to go and running out of opioids.   He was still in pain and went to the emergency room late on the Saturday night before he had to leave.  He didn’t get discharged until about 5 a.m. His wife emailed me, saying she didn’t think he could go. He said he needed more meds and should see his doctor again first.

He called me again about a week later, crying, wailing really, screaming at the doctors and nurses for some relief and begging me to talk to them.  I told him “You can do it.” And I hung up.

That was two years ago.

So at lunch last week I just said, “No, I really didn’t.  You saved your own life.” 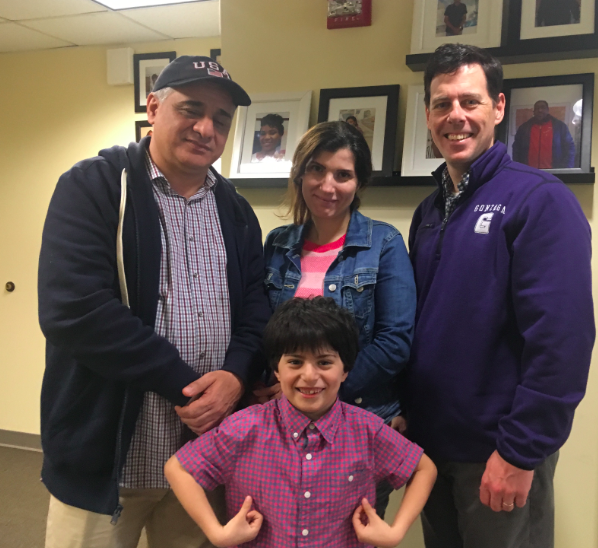