"To-to - I don't think we are in Kansas anymore"

When I was five years old, the “Hesston Tornado” blew through our small town of Hesston, Kansas and caused $25 million worth of damage.

That’s me on the left! My brother and sister were 7 and 9. We were all about to have birthdays the next month. 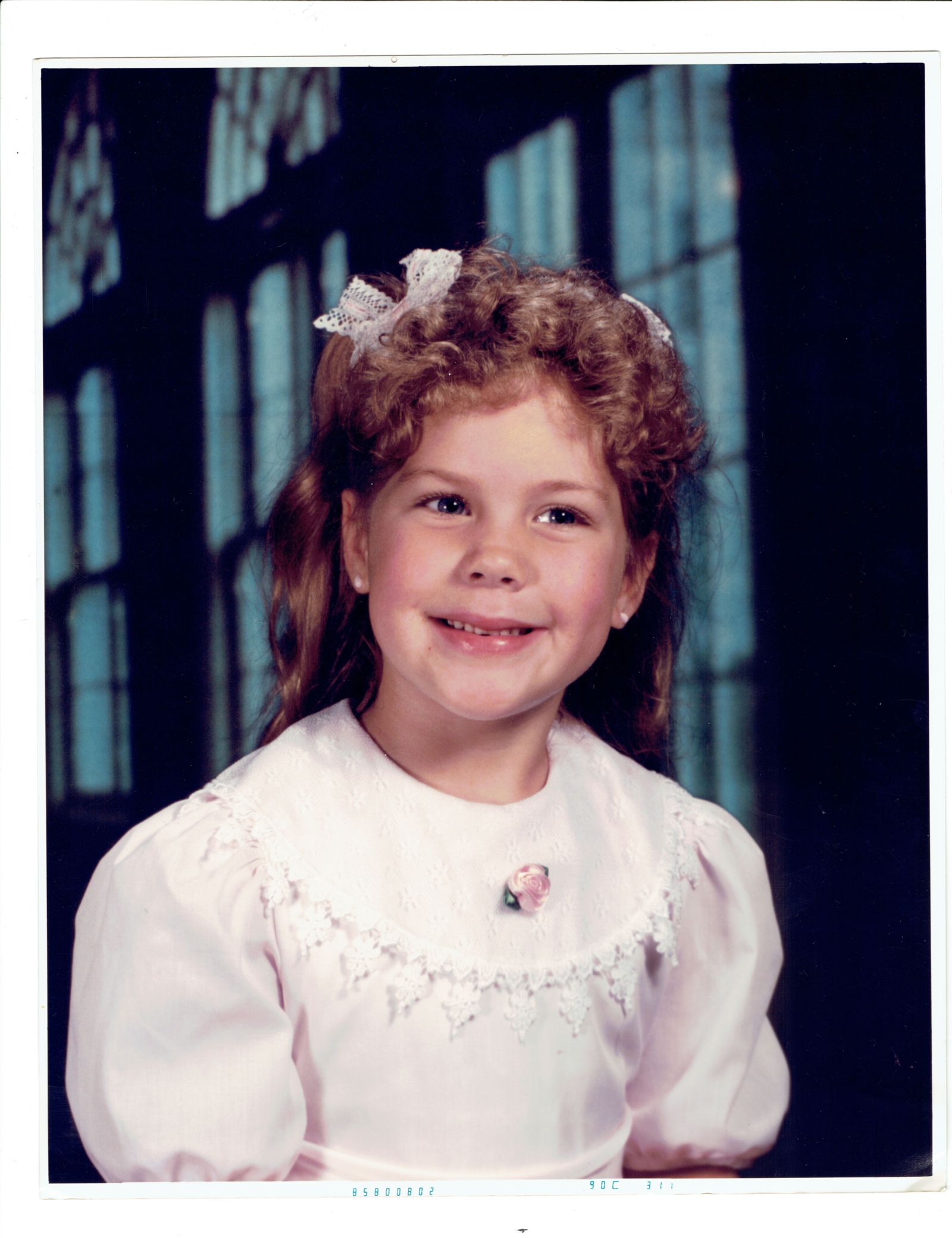 The afternoon was like any other in the sticky, midwestern spring of 1990. I don’t remember much of that day, but that night is a different story.

Humidity and “tornado weather” are a regular part of living in Kansas, so when somebody says “it feels like tornado weather out here” it doesn’t mean a whole lot. Little did we know that as we went along on our regular business, (for me playing, for my parents planning a trip to the grocery store) that “tornado weather” would change our lives forever and impact the way we see the world. 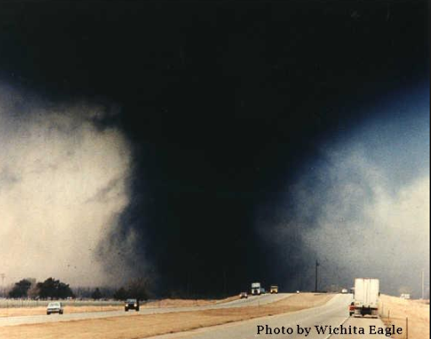 All five of us had gone to the grocery store, and that never happened – usually one parent would stay home with the kids.  Providence as it turns out. We learned a tornado had been sighted in our home town.

We went to a friend’s and waited until it seemed safe to go home. When we got there, the National Guard was there, and I just remember when we got to our house, my mom and my brother started crying. I couldn’t see above the seats, and I didn’t know what was going on.

The tornado had completely razed our home. It had torn away most of the sub-floor and all but one wall of our three-bedroom house. Almost everything we owned was destroyed. Our entire cul-de-sac was destroyed. Our house was the lot on the far right. 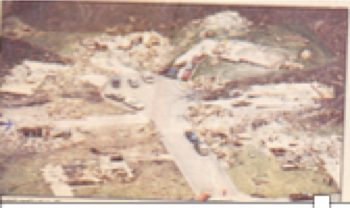 After seeing this, we learned another tornado had been sighted nearby and had to seek shelter at a local restaurant. We had to run, terrified, from the car, and hail was pelting down from the open sky. People were running and yelling “there’s another one coming!”

A storm like this hits all of your senses. After you see it, hear it, taste it, and touch it you cannot help but stop and consider how mortal you are, and how vulnerable you can be

Later, we moved to the local high school where displaced residents of Hesston were. We saw friends and neighbors. I saw my kindergarten teacher. There were sandwiches. Nobody was really speaking, just a lot of shock and fear.  Our house was obliterated. 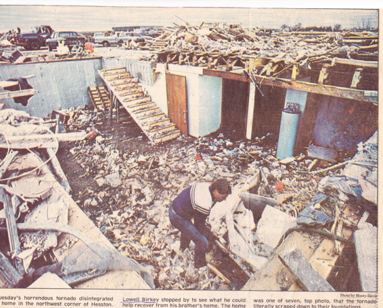 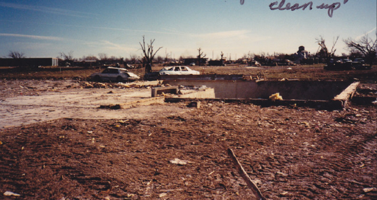 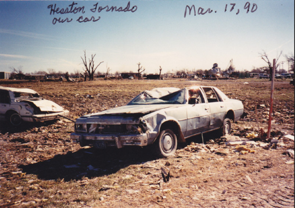 Suddenly, we had next to nothing. We depended on family and friends for food, clothes, and shelter. We relied on relief efforts and the charity of neighbors who had been spared.

The tornado blew through a Pizza Hut but left a cup of coffee on the counter untouched. Family photographs of ours blown miles and miles away, yet in decent condition and later were returned to us.

After the Hesston tornado, some people would joke about our family and call me “Dorothy” and call our dog “To-to.” (Our dog Max had miraculously survived the storm – he was at home and came out unscathed). And that's kind of who we were for awhile - without the Emerald City.

And that’s why I’m so affected by Hurricane Michael and the Indonesian earthquake that happened this year. And other natural disasters.

I was once that kid who was dressed, fed, and taken care of by others after a storm. We had our immediate needs cared for so my parents had one less thing to worry about. Agencies like the American Red Cross provided relief and even provided some new toys. A neighbor with a basement apartment let us move in right away. The town of Hesston came together, and friends and family came in to help as well.

So, I am asking you to do the same. You may not be able to take time off to visit Florida or Indonesia. But there are many reputable agencies out there doing good work with boots on the ground that will put your dollars to good use – putting clothes and food and shoes on 5 year old kids whose parents are shell-shocked and need other people to step up for awhile.

I would love to give you an inspiring call to action right now, or say something elegant and eloquent. But the reality is you don’t need it.  We just need to “do.”

This story is as it appears in our monthly newsletter, "The Brief." Want more? Shoot me an email today for a free subscription: [email protected]