They Beat All Those Attorneys- Like 10 Attorneys, Frank and Keith Did

Sometimes our society looks at kids with cerebral palsy as different – as if they are not “valued” as much as other kids. The other day when I was on the Cerebral Palsy Awareness Facebook page, I saw a father post something that really struck me. He said: 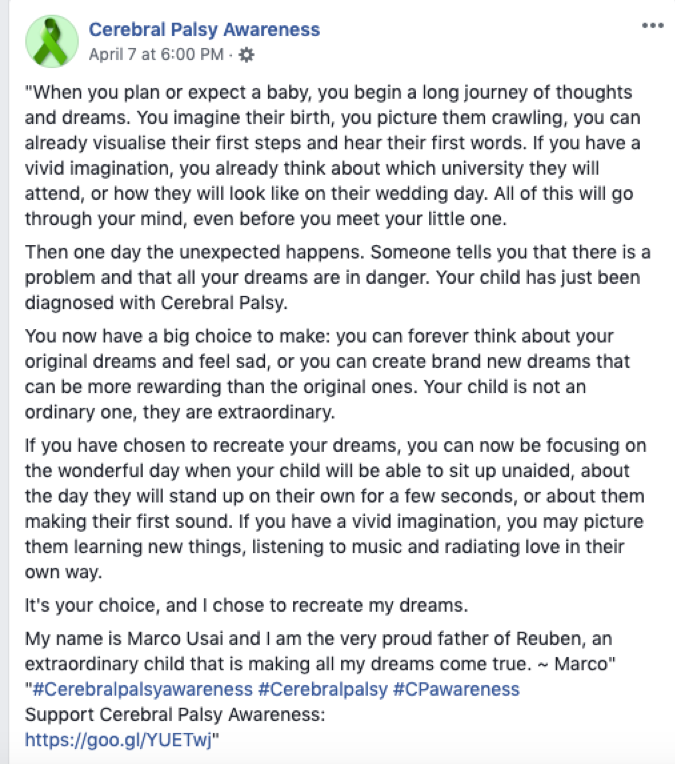 I absolutely love what he said about recreating dreams, and I think that is exactly what Angie and her family has done for a young man named T.

This is a story of a young woman who was only 18 years old in April of 1987 when she gave birth to a beautiful baby boy. She had gotten prenatal care at a clinic in Anacostia, and the doctor in charge of her care had failed to follow up on a test he ordered, and he failed to put her on medications for an infection that resulted in premature labor. If he had gotten the test results, or repeated the test and started the medication, all of that would have been avoided.

But because of that, T. was born at only thirty-three weeks (a child is considered to be full-term at 37-42 weeks).

Cerebral Palsy is sometimes difficult to determine at birth because the medical community uses mostly developmental indicators to assess whether or not a child is delayed, such as normal motor skills and muscular functions.

To give you an idea of what this young mom faced, here’s an excerpt from a legal report of the case, an assessment of T.:

Shortly following his birth, T. suffered severe problems, including infection, seizures, oxygen deprivation, underdeveloped lungs, brain hemorrhaging, and brain damage. At around one year of age, Timothy developed cerebral palsy. Currently, T. has an IQ of 41, limiting his language and fine motor skills such that “there is nothing that he does that would be outside the range of a normal 6 month old.” He is unable to sit up, stand, walk, or feed himself.

T. had cerebral palsy, and a serious case. His mother described feeling feeling crushed, and angry. Timothy would be unable to communicate and care for himself, for his whole life. He would always be dependent on others for feeding, changing, toileting and require constant care.

She kept asking “why me?” At a very young age, Angie Taylor had to decide that she was going to “re-orient” her dreams for her first child. And that’s exactly what she did. 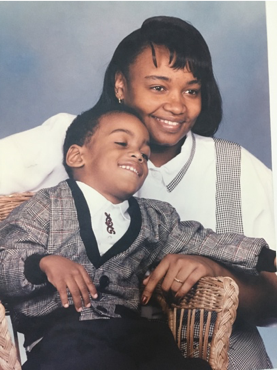 T’s pediatrician encouraged her to find an attorney when he was diagnosed. She found an attorney that she ultimately didn’t end up staying with and many years later she found Donahoe Kearney.  Her case was complicated, not just on the medicine, but because the doctor worked for the District at the time, and because T. was already 20.  The D.C. government defended the case with everything they had.

She said to me “Keith and Frank – they beat ‘em. They beat all of those attorneys – the other side had like 10 attorneys, and Frank and Keith beat ‘em.”

The case was filed in 2007 and went to trial in 2010.  And after a big win for Angie and T., the government appealed, so it was another 5 years before they were able to use the money to help Timothy (and parts of the case are still going on today…)

Angie described the trial like this: “It was hard – at the trial they ripped me to shreds with lies and I was devastated. I had to listen to them lie {the government’s hired expert witnesses at trial} – lying about Timothy and lying and lying.  I was crying, telling Keith she was lying.”

Keith said ‘I know – don’t worry I’m gonna get her. I have to be careful, (one of their main experts, who was making stuff up was old) and I can’t just attack her. ‘

He broke her down – he found that she hadn’t looked at any of T’s test results, brain scans, anything! He blew the cover on her - he brought his “A" game.  I love Keith – him and Frank are just wonderful.”

Timothy is doing well today. His mother calls him “spoiled” with a smile, and says that he likes to watch his younger brothers play basketball, likes video games, and recently got attached to a family dog. And he will continue to be cared for long after his mother is no longer able to take care of him, because he has his own trust to provide for his lifetime care and a trustee who looks out for his interests. It gives him stability, security and dignity for the rest of his life.

This case made sure that T. could live at home, where he can enjoy his mom’s love and his younger brothers, with nurses and therapists who come in to help care for him – not in some institution.

I asked Angie what advice she would give to other mothers of children with cerebral palsy. She said:

“Don’t stop – just keep searching for answers. Because it was hard – it was hard. But things are much easier now. Just don’t stop, don’t settle. Keep searching. There’s a reason for everything and you have to find it. That’s the best advice I can tell you. Don’t stop. I’d go to the end of the earth for my boys and back.

I asked her what she’s looking forward to for the future.

She said she wants something for T. He turned 32 on April 12th.

“Yeah,” she said. “I want something for T.”  Some things never change.