Why Do Professional Athletes In DC Who Are Injured And Need Workers Comp? 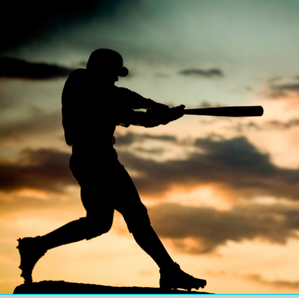 I read a great interview with Washington Nationals reliever Sean Doolittle in the Washington Post recently describing how he became a pitcher after being injured as a position player.  What struck me was a couple of things - how resilient he was to make that switch (very few players can do it successfully at the major league level) and how he learned to rely on one pitch to succeed.

As the story goes, when he was a reliever with the Oakland A's he was basically told to specialize - to perfect one pitch, a fastball.  And to throw it 90% of the time, locating it in different spots.

That's great advice for a lot of people. Specialize - really drill down on what you do.

Most pitchers in major league baseball, any level of pro ball, college or high school have 3 or 4 pitches they use to keep the hitters guessing.  And while this is necessary for a starting pitcher who will see the same hitters 3 times in the course of a game, a reliever or closer is usually called on to get 2 or 3 outs at the end of the game or close to it.

Being a specialist, you have to master that one thing - dominate it - and Doolittle's fastball, his one pitch, is legendary among Major League hitters.  Since focusing on that one thing - one pitch - he's made himself into an elite closer, an All-Star, and of course, increased the amount of money he makes.

We focus just on serious injuries - that is our fastball.  And yes we locate it precisely - especially when the injury happens at work.  And let's be clear about one thing - pro sports is work.

As a pro athlete, you can make a lot of money, no doubt.  But you've been preparing for your career since you were about 12 years old (literally).  You made choices of how you trained, what you put in your body, what you gave up, where or whether you went to school that other people didn't or didn't have to make. And people who aren't in pro sports - when you're always playing for your next contract, knowing one injury could end your career, knowing you could be playing for another team tomorrow, knowing that the clock is ticking on your career and ability to earn a living as a player - they just don't really understand.

We Get It - That's Why We Help Pro Athlete's in DC After An Injury.

We're not agents, we don't have any conflicts with teams, or GMs, front offices, team doctors, training staffs or leagues.  We just care about the people we represent - making sure they get everything they deserve after an injury or after their playing days are over.

If you're a pro player in DC (any sport) with questions about what is next after an injury and need some advice or info on the system, just call us at (202) 393 - 3320 or order a copy of our free, no obligation guide to workers comp for pro athletes.