Sometimes the best medical treatment is just the truth. 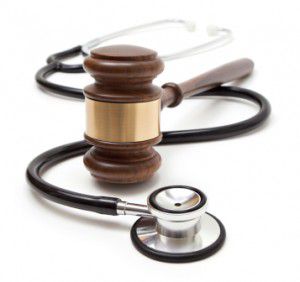 Here is the back story: Recently posted in the Washington Post, a women comes in for a consultation after being told she had stage 4 lung cancer that had been diagnosed 6 years prior. The patient's oncologist found a new way for the patient to keep her cancer under control while she [the patient] was able to carry on with her life and work, hoping to change the cancer into a chronic disease, instead of a death sentence. But she was now in this physician's office because she wanted to plan for the worst, just in case, so she could be prepared for when 'it' happened.

So why had she gone to see this new physician? The patient expressed that she did not feel as though her oncologist was giving her the answers she needed. When the patient asked 'what if' questions, she was always met with "we cannot worry about that" from her oncologist. Her oncologist wanted to focus on keeping the cancer under control, but the patient was concerned with what would happen if they could no longer keep it under control. A question that many patients in her position would ask, and want to know the answer to.

The patient was able to get the answers to all the questions she had about death and the possibility of her cancer progressing, and what she could expect toward the end of her life-- when she sought our another oncologist. This new oncologist explained all the different types of help for her daughter and husband and even offered to work along side her current oncologist--he [the current oncologist] giving her hope, while this one gave her the reality.

The new oncologist was struck with reality when the patient's old oncologist ordered something they both knew would not help her. The patient's oncologist said, "I don't want her to think that I am giving up on her". To him, it seemed that the only way to show that he cared and was committed to her treatment, was to order more tests. Many physicians do this, some because they are not trained or knowledgeable about the end of life.

To change this behavior, the training and education must be changed, reported Brett Ryder for the Washington Post. New physicians should learn about symptoms and pain management, as well as all the things that come along with it--like depression. Physicians need to know how to communicate--learn how to deliver bad news and stand with the patients and their families. In this day and age, medical school affiliated teaching hospitals have palliative care teams. Palliative care is a way of treating the patient without actually treating the underlying medical condition (which can be chronic, terminal or untreatable) from treating symptoms and side effects to making the patient comfortable.

Sometimes telling the truth is better than dancing around the issue. Having a a patient cling to false hope while the physician orders more useless tests and treatments, is not fair to the patient.

For more information on this story, head over to The Washington Post.