Neck, Back, and Leg Injury Settles After Twenty Years

Theresa Wise is one of our longest standing clients. She has been with us for 20 years! Now, you may be thinking, why on earth would anybody’s case go 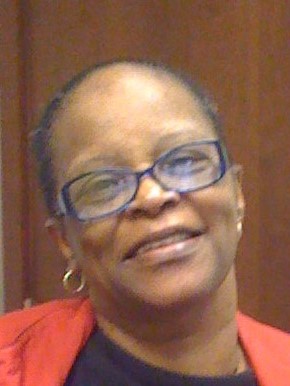 on for twenty years? Well, most don’t!  But this was an epic battle.

So we’ve been there for Theresa.

Back in 2000 Theresa was working as a bus attendant for a transportation company, helping young children get from their homes to the bus, strapping them in car seats, getting them to and from school safely.  She took a bad fall down the school bus steps and injured her neck, back and knees. She knew of Frank Kearney because he had represented her brother previously. And she signed on with him right away.

Her experience with workers comp was a lot like most of our clients: up and down. At first it was easy, but then it got hard (a lot of times the workers compensation adjuster will lull you into a false sense of security by being accommodating, before they start to give you a really hard time). It wasn’t long before they started denying her treatment and contesting her financial benefits.

Theresa had to go to court several times throughout the case, starting in 2000. And she just kept winning (she is warm, friendly and makes a great witness).

The insurance company switched lawyers 4 times. And the new lawyers were always trying to deny the claim, or stop the benefits she relied on, with new vigor. They contested her injuries, tried to say they weren’t related to the work accident. But Theresa knew we were going to take care of things.

I asked Theresa what it was like to have a case for 20 years.

Theresa tells the story of how a couple of years ago they had yet another deposition in Mr. Kearney’s office. That went well - they wanted to settle the case but Mr. Kearney wasn’t going to settle the case - their offer wasn’t enough money. I said “you’re the man Mr. Kearney - you’ve been with me for 20 years. I put my hands in his hands cause he knows more about it than me. I trust Mr. Kearney is doing everything that is possible - that he will get everything he can for me. I just sat back and let him do the driving.

It’s been 20 years and I have fun with Mr. Kearney. I knew he was going to win - I kept telling him 2020 was going to be my year! I really appreciate what he did for me. I’m glad he left his old law firm (15 years ago) and left it up to me if I wanted to go with him on his own. I chose to go with him. I was going to stay with him no matter what. He’s a very nice person.

And so it was. After 20 years of getting benefits, the case settled for an amount that would take care of Theresa for the rest of her life and continue to cover her medical treatment. Frank kept pushing back on them until they made an offer that he thought was right for Theresa. That’s what he does for all of his clients.

I asked Theresa what she is looking forward to now that her case is settled.

She said I’m going to do as much as possible that I can that I used to do. I’m so tired of doctors. I want to get out in the world. I have 3 kids and 10 grandkids. I’m going to do life again.