Shopping with young kids got you down?  Try Setting the Record!

I was at a high level business seminar a few months ago and a very smart and successful presenter commented on how he hated shopping with his two young daughters.  It took me back a few years when I had the same problem - grocery shopping with kids was a huge pain.  Until my wife and I discovered the secret of "Setting the Record."

First, a little background.  We have 2 Safeways within a few miles of our house.  We call one of them "little Safeway" it's less than a mile away and its a neighborhood type store.  It hasn't been renovated with gourmet shops, Starbucks, 47 types of French wine.  The aisles are tight but I know exactly where everything is, and I know the cashiers and it's close.  Some people in my family call it "Soviet Safeway" because it is always out of stuff, and doesn't always have what they want.  My motto is "if it's not in little Safeway, we don't need it."

Just 3 miles away is a big, beautiful renovated Safeway with everything you can imagine - Starbucks, exotic fruits, fine European cheeses.  But I don't know where anything is, it takes forever once you get in there, and it is 5 minutes farther away.

So, despite the fact that we have a dog, a fake Christmas tree and sports equipment that costs more than my first car, we still shop at little Safeway - because, well, a man has to draw the line somewhere.

When the kids were young, we would hit little Safeway after church on Sundays and it was chaos.  Pent up misbehavior - only partially released at church, thank the Lord, would be out in full force, combined with adding junk food to the cart, fighting among siblings, driving the cart into displays, hanging out of the cart.  It was a miserable hour complete with yelling, threats, crying and injuries (the kids did some of this too).

So Kathy and I devised Setting the Record.  All young kids love to be timed and will compete against a timer, so we divided the store into 2 sections and chose teams.  I took 1 cart and a kid and Kathy took a cart and 2 kids and we timed how long it took us to get the weekly grocery shopping done.  And because we were on the clock, the kids would run through the store, getting only what was on the list (no more fighting over junk food or "can we get this?").  Getting lots of military style instruction and "encouragement."  Children actually working together to find the Ritz crackers, the right kind of milk, the Danimals, etc.  Scoping out the shortest line, the fastest cashier.

When we finished, I would announce the time - and like champion Olympic athletes, we set the record every single time.  And the next week, there would be serious discussions on the way to the store, with strategy, ok maybe more like "I'm going with mom! So am I! No way I had to go with Dad last time!"  about whether we could set the record.

Besides being kind of funny and the kids still laughing about it occasionally, it did save time and probably some money and unnecessary calories.  They eventually got wise to it and eventually wouldn't be caught dead shopping with their parents.  If I happen to stop by little Safeway with one of them, I will ask if they want to set the record.  The eye rolling that causes is practically a medical condition.

Want to "set the record" with your workers' comp claim?

Did you know that professional athletes need workers’ comp just like everyone else? And a lot of times more than you would think, considering how many professional athletes are jumping around in different jurisdictions, going from the minors up to the majors and back down again. It can be extremely confusing, and a lot of pro-athlete’s don’t know their rights? 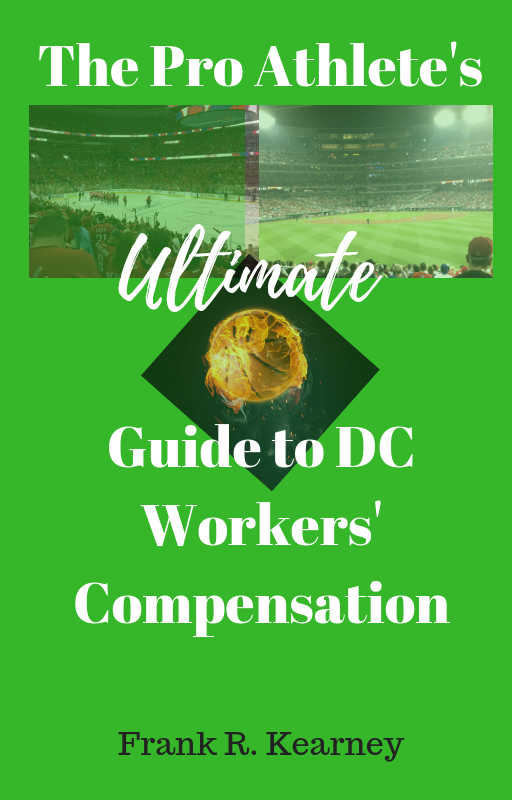