We’re committed to striking the right chord for people who are working with us; after all, we bear great responsibility in this line of work, and we like to have fun along the journey. We know that you will like Vanesa!

Vanesa is very smart and also sweet, and she speaks Spanish. She recently graduated from William and Mary with a degree in political science (two poli-sci degrees now in the house) and she minored in Chinese. She was born in California but considers herself from Maryland because she has been here since the age of two. 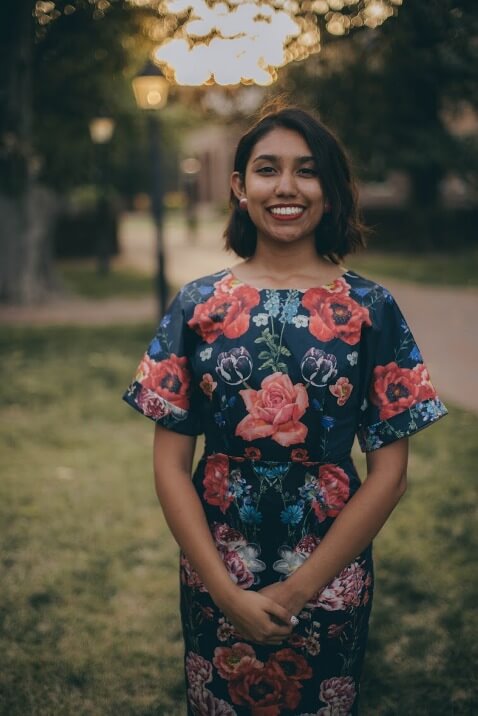 I had a few questions lined up for Vanesa.

Why did you choose William and Mary?

I went to community college and started applying to four-year schools. It ended up being between GWU and William & Mary, and I wanted to go somewhere outside of the comfort zone but not too far away. A few alumni I admired went to William & Mary, which tipped the balance in their favor.

How and why did you choose your major?

What are some of your hobbies?

If you could travel anywhere in the world where would it be?

The Great Wall of China

What made you want to work at a law firm?

I plan on going to law school one day, and I wanted to take a break between undergrad and law school and also to get some experience.

What is something interesting about you that doesn’t come up in normal, everyday conversation

I’ve been featured on the front page of a local Chinese newspaper. I was traveling on scholarship from the State Department and while we were there we saw a Beijing Opera performance. They let us on stage to try on the clothes and someone took a picture of me.

Do you have any pets?

WELCOME TO THE TEAM, VANESA!