How does one family get 3 kids to serve in the military in this day and age?

We always say that we have the most interesting clients and we are not just bragging! Our clients come from all different backgrounds and walks of life, and Ed Hickey has an amazing story.

Ed’s father served in the State Department, and later in the White House Military Office under President Ronald Reagan. During his tenure with the State Department, Mr. Hickey (senior) was stationed in London, where Ed got to know some of the Marines at the U.S. Embassy. Fast forward a bit, and after Ed (a college football player) graduated from Georgetown University, he joined the Marine Corps, because, as he said, I realized at that point how much I had been given in life, and I wanted to give something back.

Ed graduated from Officer Candidate School (OCS) and chose the Platoon Leader program track. By completing two six-week sessions while in college, he was able to graduate and qualify to be commissioned as an officer, which he accepted.

During his experience, Ed developed a passion not just for the Marine Corps, but also for veterans. After serving as an Infantry Officer, with deployments to the Western Pacific, he went to work on Capitol Hill as a Chief of Staff for a U.S. Congressman and then decided to go to law school.  After graduation, he went to work for a large firm in DC and moved back and forth between private practice and government positions. Most notably, he was on the special team for President George W. Bush that helped set up the Department of Homeland Security in the early 2000s, following the terror attacks of September 11th 2001.

Today he is living close to Los Angeles and working for that same large firm, focusing on a working in a specialized area called “E Discovery” (basically anything you ever post or say or send electronically or on social media is still there and will be found by the people Ed manages, even if you delete it…) and has continued his work on behalf of veterans as a member of the Board of Directors of the American Association of Kidney Patients, where he serves as the Chair of the Veterans Health Initiative.

As you’d expect with his bio and background of service to others, Ed has taken on one of the most complex and challenging VA issues, the management of complex kidney disease, and here’s why:

[t]here are complications for the heart and the kidney and sometimes you cannot simply approach it directly; you have to deal with a full team of doctors to handle it properly. Vets under the care of the VA are currently getting that type of coordinated care, but there has been some talk of further privatization that could put that care at risk. Right now, there are people outside and within the VA who want to label all the care for kidney disease as “non-foundational services” meaning that the existing VA capacities to provide complex kidney care for those veterans in the toughest shape or with the most complex illnesses might be at-risk.

The advocates of these proposals may be well-intentioned - but kidney care can't simply be transferred out of the VA and managed under the Medicare system and a contracted medical provider can't handle the full scope of care that these veterans need and receive within the VA.  The risk for veterans is that they may actually lose their current nephrologist, who is the best specialist to coordinate the care they need for multiple serious medical conditions. At AAKP and with the Veterans Health Initiative – we will be laser-focused this issue.

Now I know you are all wondering about those handsome three men in the photo. 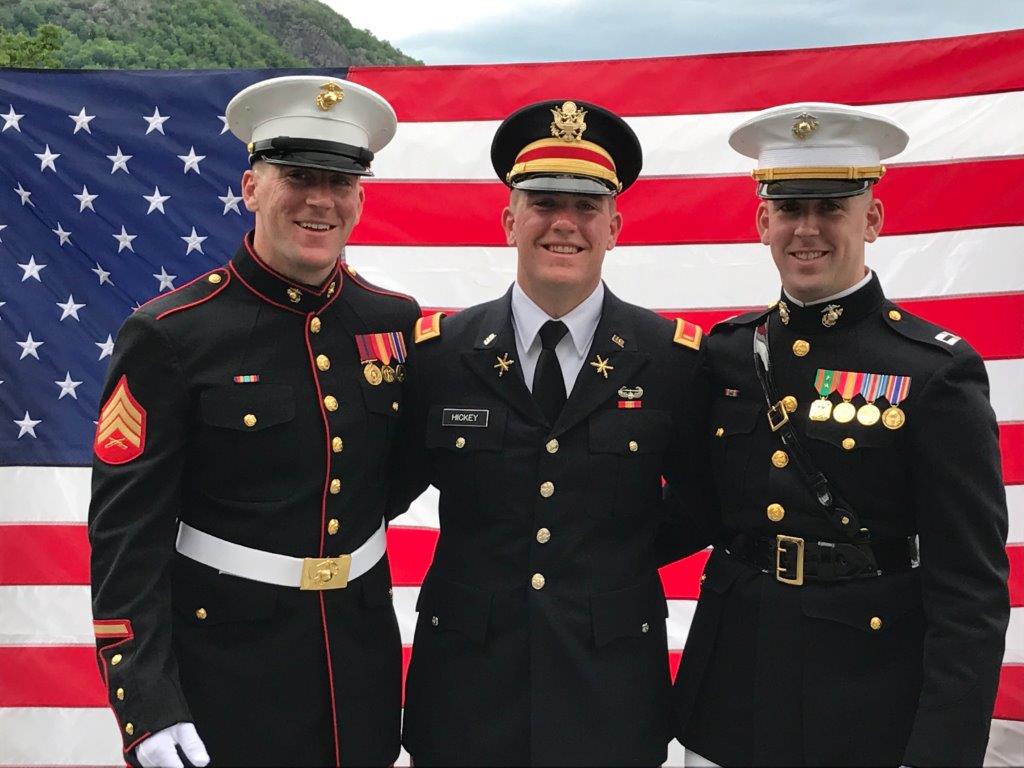 Ed Hickey has three sons; Edward, Thomas, and James. The two older sons, Edward and Thomas went into the Marine Corps. Ed said I didn’t push them. They all went in for their own reasons, and with their own goals. They all wanted to give something back and preserve what we have in this country.  I couldn’t be more proud of them!

The oldest son, Edward, is an Infantry Officer, with the rank of Captain, on an anti-terrorism task force. He just came back from a deployment (we would tell you where but then we would have to kill you).

Thomas just got out of the Marines within the last three months and will start at the University of San Diego in the fall. He was in aviation electronics until this past July, and he has two more years in school before he graduates with a business degree.

James, a 2d Lieutenant in the Army, graduated from West Point in May and is stationed in Kentucky, currently preparing to deploy. 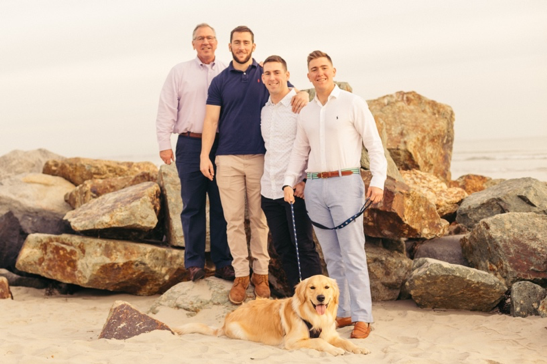 It’s an impressive family, led by a man who has been an example of serving others – which is probably the key to raising young men willing to serve their country.   We’ll be praying for these brave servicemembers - good luck gentlemen and thank you for your service!