When you start a race, would you rather have a head start or have your starting line placed behind everyone else, further from the finish line? ERISA Long Term Disability cases can be considered a race themselves in the fact that sometimes the winner is decided even before the starter says “go”.

How is this possible? 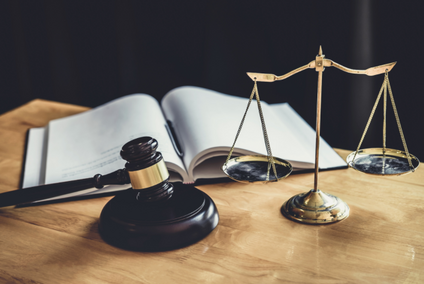 If you’ve navigated our web page, you’ll know that judges and courts reach judgment based on whether or not an insurer or carrier acted reasonably in evaluating and deciding a person’s claim. In other words, the judge does not care whether or not the policy itself is a good one or bad one, whether your medical condition or injury prevents you from working, or whether you have additional information and evidence you want to develop and submit.  The decision is based on whether the insurance company had a reasonable basis for denying your claim.  That's it.

Many ERISA policies are written with the intention of “stacking the deck” to favor the insurance company instead of the person covered under the policy. Therefore, if you’re covered under policy your employer purchased, chances are you are going to be fighting an uphill battle if you ever develop a disability and need to file a claim. For instance, if a policy reads that the insurance company has “the discretion to determine benefits,” it means the company basically gets to decide on its own what you are entitled to.

For example, in December of 2018 the federal court here in D.C. decided a case titled Arabaitzis v. Unum Life Insurance Company. To provide some context, Elaine Arabaitzis—the plaintiff, the person with the disability —was an employee of a local law firm.  She claimed to have “suffered from pain, discomfort, fatigue, and other related impairments caused by cervical and spinal injuries, carpal tunnel syndrome, [along with] other conditions and impairments.”

Unfortunately, the magistrate judge found the insurance company's decision was reasonable.  Ms. Arabaitzis had 14 days to object to those findings but missed the deadline due to a math error...her Motion to Reconsider was denied and the federal judge who presided over the case added in his Memorandum and Order that “even though the mathematical error was small…’close’ counts with horseshoes and hand grenades, not filing deadlines.”

It's a harsh illustration but a good warning if you have received a letter from your disability insurance company denying or terminating your benefits - the deadlines in these cases count.  Because of the way these insurance policies are written, you have to do everything you can to put your case in the best position to win, and that starts after you get that letter.

If you're considering filing for long term disability, have received a letter denying or ending your benefits, or want to discuss your policy, call us today at 202-393-3320 and hopefully we can keep you from making the mistakes so many people with legitimate, serious, disabling  medical conditions, make in these cases.