A True Story From Frank Kearney.

When Kathy and I first got married, we spent our first Thanksgiving hosting her parents, who had moved to L.A. after they retired, and her siblings in our small apartment that we could just barely afford – we were just out of law school, we didn’t even own a TV (which when my father-in-law saw this bleak condition, promptly bought one so we could watch football, thank God).

The next year, we went to see them.

It was my first time in California (nothing says working class like never being west of the Mississippi…) and even for a traditional holiday guy like me, it was just awesome – beautiful weather, palm trees, movie stars.

But my in-laws moved back to D.C. the next year and that’s when it happened - The Thanksgiving Fail.

We’d had a baby a few months before, and nothing, nothing inspires grandparental pressure like the first grandchild on both sides.

You see, both sets of parents were celebrating at their houses that year and both wanted us to come over with the baby. I thought that was a great idea – one place for dinner, one place for dessert - or the very real possibility of 2 Thanksgiving dinners and desserts – and I could eat like that back then.

But when you try to do 2 Thanksgivings, timing is critical.

So when we showed up at my parent’s house at the same time they had eaten every single year I’d been alive, and my mother said “Oh, remember, we decided to eat later this year” I had an uneasy feeling that something had gone terribly wrong. This was way before text or email confirmation and I had apparently been told this information in a phone conversation with my mother, somewhere wedged between her asking when could the baby come over and when could the baby come over again after that. But we couldn’t stay for the late dinner because we had promised my in-laws we would be at their house later.

So we sat around, smelling the turkey, stuffing, twice baked potatoes, apple pie, all cooking away. I’m starving just thinking about it.  But we had to go to the next house.

And you know how it is with a baby, everything took forever and we were way late.

We got in the car hungry but knowing we’d be eating as soon as we made the 45-minute trip.  Also note, you drive a lot slower with a new baby and it takes 20 minutes to just get in the car, so we got there like an hour and a half later.

And when we got there – nothing.  My mother-in-law said,

“oh I thought you were eating at the other house

and were just going to stop by for dessert.

We ate at noon. Let me hold that baby.”

Too embarrassed to admit I had messed up the times, had even attempted this crazy idea with a new baby, had succumbed to the powerful pressure of new grandparents (and most of all, missed my opportunity for 2 Thanksgivings). I think we ate leftovers or went to a drive through or something.

So, I totally get it when people say how stressful the holidays are!

And that’s also why we always host Thanksgiving now. 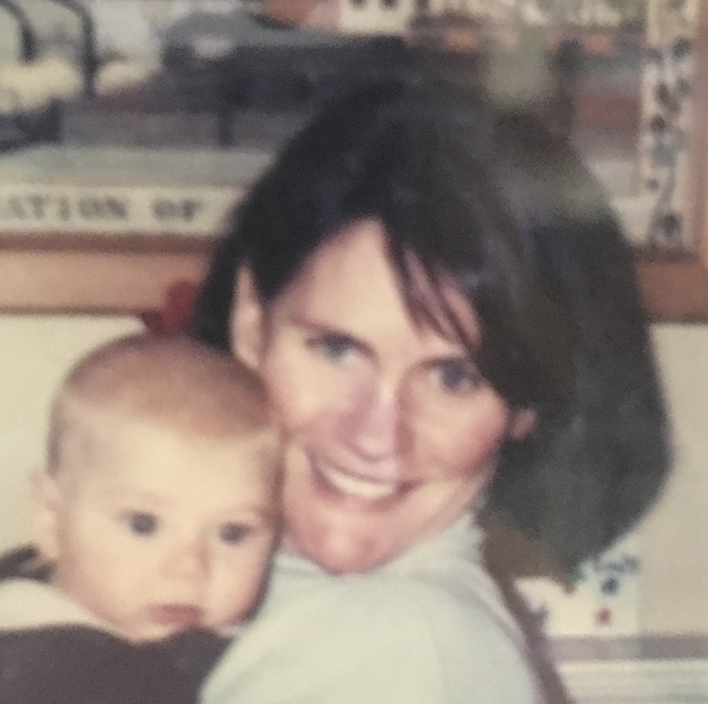