The Best Kept Secret of The Hartford and Travelers Insurance Companies

Many times we tell people with relatively minor injuries how to file their D.C. workers comp claim and handle the case themselves, especially if they haven't missed any time from work and don't need much medical treatment.  So if that's you, you don't need a lawyer. But what the Hartford and Travelers 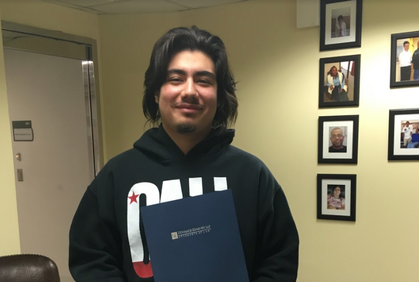 workers comp insurance companies don't want you to know is that while they may pay you right away, once you are referred to surgery they will look for a way to deny your claim.

If you've had a more serious injury, with surgery, or a permanent injury and can't work, and you are getting workers comp benefits from the insurance company right now, keep reading!

I often tell people, the workers comp insurance company will try to limit, deny or harm you in every serious injury case - sometimes it's at the beginning, sometimes the middle, and sometimes at the end.

You see, there is nothing that prevents the workers comp insurance company from stopping your benefits or medical treatment.  They don't have to tell you, they just file a form.  And worst of all, maybe you've unknowingly given them a reason to stop your benefits - because you're not an expert in D.C. workers comp law and regulations (there are 58 chapters of regulations in addition to the statute itself) and you don't have an army of adjusters, case managers, nurses, investigators, insurance lawyers, and doctors at your disposal, and you probably haven't handled thousands of DC workers comp cases for the insurance company, like your adjuster has.

Here's just a few of the ways we see people with legitimate injuries at work, who are getting benefits, wreck their case:

The smartest thing you can do for yourself and your family is get the best lawyer you can find for your workers comp case.

We can prevent or limit the damage the insurance company is trying to do - they know they can't do a lot of this when we're on the case because we don't allow it.  You see, we want to prevent the mistakes that will ultimately kill your case before it's too late.  We've had to turn people away that we could have helped if they'd come to us 6 months earlier (and they'd be a lot better off financially and emotionally) because they just let the insurance company take it to them.  The worst part - they didn't even know they were getting taken advantage of.  How could they?

Some people are worried about what their job will think.  They like their company.  We totally understand.  That's why we only deal with the workers comp insurance company, not your job.  Because at this point, the insurance company is calling the shots, not your boss, HR or even the company owner.

And the insurance company has no loyalty or duty to you - their only duty is to maximize profits for their shareholders. And that means limiting the amount they pay you.

Some people are worried about how they can afford a lawyer.  We get that. The best part is, it doesn't cost you anything while you're getting benefits.  We wait to get paid until the end of the case, out of a big settlement or large award, we don't take any part of your workers comp check, or any money at all for that matter.

You made a great decision to investigate the workers comp system.  Hopefully this website and Mr. Kearney's book - he's the only lawyer who has literally written the book on D.C. workers comp - have helped.