TV Powderly and the Knights of Labor

Because of my own family history, Labor Day has a particularly special significance. My great-granduncle helped the first major American labor union rise to prominence in the 1870s and 1880s. His name was Terence Vincent Powderly, and while his role in helping American labor unions grow in the United States is often overshadowed by Samuel Gompers, who pioneered the use of labor strikes, my great-granduncle deserves to be remembered for leading the 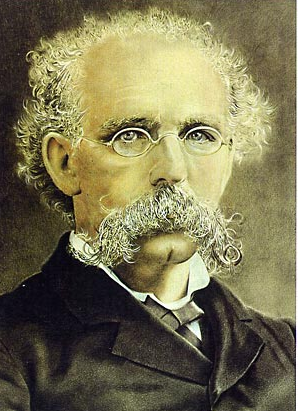 Because my mother died when I was in high school, I grew up pretty close to my aunt, Ruth Powderly-Zebarth. She was the one who got me interested in my family’s history and particularly in the role T.V. Powderly played in starting America’s first popular labor union. She had all sorts of artifacts and photos for me to pore over, much of which had to do with the Holy Order of the Knights of Labor. It was the first union in the United States to have over a million members, and it was also the first to welcome black workers, women, and unskilled workers of many professions. T.V. Powderly’s role in fighting for laborers to have a seat at the table with their bosses cannot be understated.

T.V. Powderly was born in 1849 in Carbondale, Pennsylvania, the son of Irish immigrants and the youngest of 11 siblings. He held his first recorded job when he was just 13 years old, guarding rail switches from mischievous other kids. When he was 14, he became a “car examiner,” and then at age 17,  an apprentice to a machinist. In 1871, he joined the Machinist and Blacksmiths Union. Things were much different back then and because of his union involvement, he was fired from his job just two years later. It was probably because of this firing that he was inspired to become involved in labor unions and workers’ rights.

At around that time, Uriah Stevens founded the Holy Order of Knights of Labor, even though TV Powderly is credited with its founding when he took the reins in 1876. The reason my great-granduncle gets credit is because of how much the union grew under his leadership. Under Uriah Stevens, the Knights of Labor had to be a relatively secret society. The Catholic Church deemed that unions were cults and forbade their parishioners from joining them. Powderly, however, successfully lobbied for what became known as the “Rerum Novarum” — a Church document that would recognize the importance of workers’ rights and allow Catholics to join unions. Because of that, Knights of Labor membership swelled, and there was no more secrecy.

Unfortunately, Powderly’s downfall as a union leader came about because of his opposition to strikes. He believed they would hurt workers and their families more than they would help them — something that I also believe is the case. Then, the Knights of Labor unfairly took the blame for the 1891 Haymarket Riot in Chicago. After that, membership steadily dwindled from 700,000 to 50,000 by the mid-1890s.

After the Knights of Labor lost all prominence, my great-granduncle went on to be Commissioner General of Immigration for the United States under President McKinley, among other high-ranking government positions. He died in 1924 in his home in Washington, D.C. You won’t find more than a mention of T.V. Powderly in any modern history book, but as we celebrate Labor Day this year, I think his role in fighting for workers’ rights should be remembered.