The Dumpster Cure Can Solve All Dumpster Problems in DC, MD & VA

Changing Careers After a Serious Work Injury in Washington DC 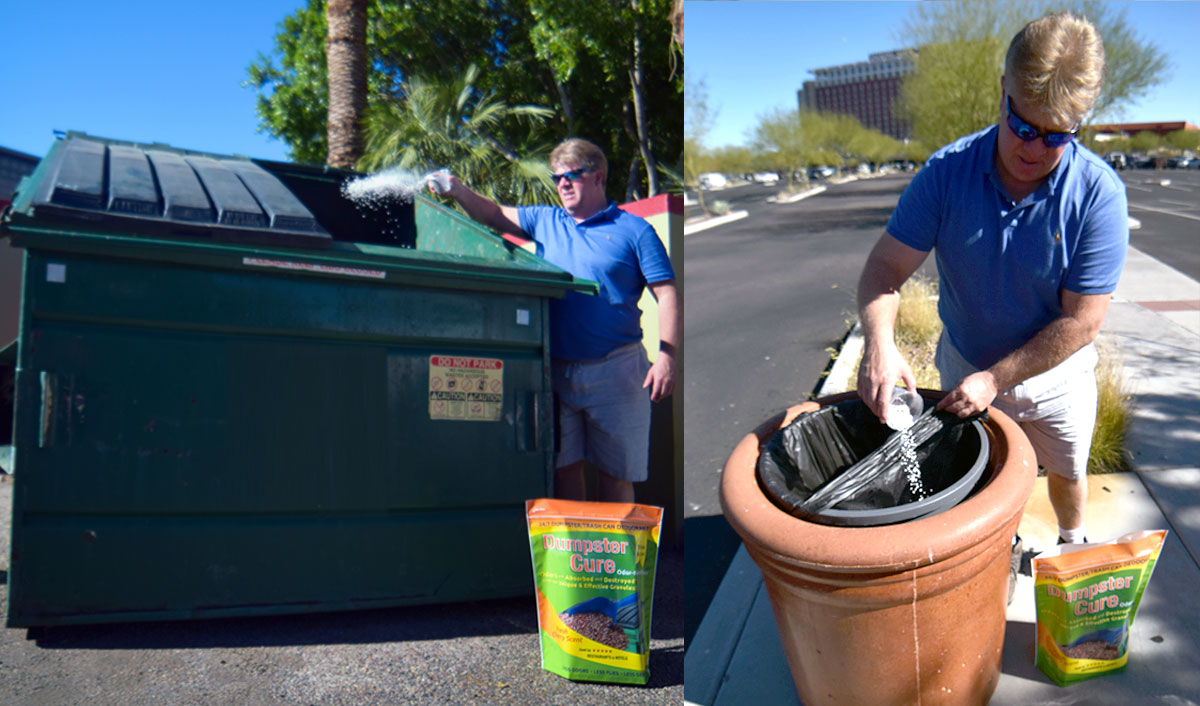 We love promoting how successful our clients are after we help them settle a case - many go on to change careers and start businesses, doing work they love, even after a serious injury.  Here's a great story of a former cameraman hurt on the job in DC many years ago.

Tell me if this has ever happened to you. You are at the beach, and it’s a beautiful spring or summer evening. The restaurant has indoor and outdoor seating and you’re like “what the heck, I’m at the beach,” so you sit outside. The maître de takes you winding around tables and finally seats you at a lovely table. You order a glass of wine, sit back and relax.

Then, you start to notice a smell. What is that smell? Your wine arrives and there are fruit flies and sweat bees hovering around your merlot. What on earth is going on?

You crane your neck and you realize that, behind that tall white-washed fence is a dumpster. You’ve been seated just feet away from the restaurant dumpster. You look around and you see that all other tables are filled (it is a beautiful spring or summer evening after all) and so if you want to move you have to go inside.

What Do You Do?

Nobody likes this experience and certainly the restaurant owners would have chosen a different solution if they weren’t at capacity on this beautiful evening. But, what if I told you that there was a product out there that would not only neutralize that odor and replace it with a lovely cherry smell but would (via a plant-based compound) absorb the offending liquids and other decaying matter all the while deterring the presence of any insects that are attracted to the decaying matter that lands in the dumpster each day.

You may have heart us say before that our clients are the most amazing group of people; the most resilient and the most innovative. Keep reading: you will see that I’m right.

This story begins with a Maryland man named Captain Jim. Our client, Bob Corbey, has a brother-in-law named Robert. Robert started to apprentice this Captain Jim in crabbing and seafood-ing when he was only fifteen. Captain Jim, who eventually passed on, had a wife who remembered Robert from his teenaged apprenticeship and the two of them opened a Seafood Restaurant in Ocean City called On the Bay Seafood. That restaurant did so well that they opened another in Arizona. Twenty years ago, Robert came back and married Bob Corbey’s sister, Rosemary.

Bob worked with his sister and brother in law by driving the truck to and from where they went “crabbing” for blue crab. Bob came into our lives in 2007 when he became a client. Bob was working for a major news outlet when he was injured on the job.

Did you get all of that straight? Captain Jim --à Robert ---à Rosemary ---à Bob Corbey, our client.

Here is where the story gets really good. Bob was working at the restaurant (during the season) and they had fifteen tables but here is the kicker. They only had outside seating, so there was no way they were going to avoid some type of summer odor on a hot day. All of the leftover food, plus water, and other icky types of decomposing matter (like dead loss – crab that had died before being cooked and couldn’t be served). The dumpster could only be dumped once a day and even that didn’t get at the water (full of all kinds of things you don’t even want to know about) that was at the bottom of the dumpster or worse, splashed out into the sidewalk.

The Dumpster Cure Is Created

Robert is an amateur chemist and together Bob and Robert developed a granular substance that absorbs three times its weight in decomposing matter and liquid and releases a cherry fragrance. There is an element of powder that releases and deters the bugs as well. In essence: the substance sops up the liquid and replaces it with a cherry odor which repels the insects that are attracted to decaying matter.

What they discovered in the past 6-8 years of working on the product is that the liquid is the petri dish that releases gas, odor, and attracts flies, bees, etc. The liquid is the main source of the smell.

It’s called (are you ready for it) Dumpster Cure. You can find it at www.dumpstercure.com. It only takes 6 ounces and (.75 - $1.00) per day to neutralize your average dumpster. Right now the product is being used in Ocean City by restaurants and hotels.

This year, when the restaurant closed in October for the season, Bob and Robert worked their way through the Carolinas to Atlanta following leads. They set up for the end of 2017 in a town outside of Georgia. They are currently leasing a warehouse there and have joined the Georgia Tech incubator, which supports small business.

You have to test to get into the incubator. When it was his turn, Bob came in with a coke cup with the granular in it and said: “I invite everybody here to come smell my dumpster.” Not only did he get a few laughs, but they accepted dumpster cure into their program at the third echelon (someone who already has a product and needs to get it out into the market).

This incubator provides mentorship and right now the Dumpster Cure is being made in Ohio by the same folks who are making Arm & Hammer Kitty litter (wow). The incubator will also help them structure their company and eventually find investors.

Bob Corbey told me this: “Every company has a trash can or a dumpster and they all stink.” He said that the biggest hurdle that they face is education because everybody just thinks that the dumpster smells and that is that. “Whether you are a Kruger chain store or living in a vertical living environment in Old Town, Alexandria you can use Dumpster Cure.”

Dumpster Cure it is all-natural plant-based with one chemical (perfume) which is also biodegradable. Remember, Robert is an amateur chemist and they use a full-time chemist as well. They are also working with an environmental scientist to make sure that all of the levels are balanced and that their product is on par and/or exceeding environmental standards.

So, What’s Next For Bob and Robert?

Robert and Rosemary will go back to Ocean City in the middle of March to open the restaurant for the season. Bob will stay in Atlanta working on Dumpster Cure full-time. They are hoping to break into both the public and private sectors. Georgia National Guard has a big trade show at the Air Force base in February. They are hoping and aiming to win a government contract: which would be essentially a city within a city. They will focus a lot of their energies on educating the market as to why their product is necessary.

Which doesn’t seem like a hard sell – I’m thinking of ordering some for my trash can! Bob quipped “I’m either going to get in through the dumpster or the drain.”

The most recent development is that Dumpster Cure has teamed up with a company in New Jersey that makes a netted drain called Drainnet. They make a plastic insert and when you insert the plastic net it inserts the granular Dumpster Cure as well. It still produces that cherry smell and deters cockroaches, etc. by keeping them out of the drain and/or trapping them when they get in there. The combination could mean big things for the restaurant industry and health codes grades. And all for just .75 to $1.00 per day.

They also have their eye on the land fill industry. They can take their granular and sprinkle it all over the land fill. In this vein, they hope to make contacts at the EPA chapter and FEMA to discuss the long-term advantages of using Dumpster Cure for landfills and in disaster-type clean up.

Did I tell you that our clients are the most innovative? I know you are asking: How can I get my Dumpster Cure? Visit dumpstercure.com and check out their products. A little goes a long way and they have product for floor drains, pet odors, industries, and residential.

And if you are ever in Ocean City, don’t forget to check out their restaurant!