Cell phone use not being reported in automobile accidents

Most automobile accidents occur because one of the drivers is distracted. A distraction can be anything from changing the radio station, having other people in the car, and most importantly cell phones. According to an ongoing study in 2011, the NSC (National Safety Council) reported that cell phone use in automobile accidents, some fatal, has gone underreported.

There are many reasons for this information being underreported or not reported at all. The driver does not admit to cell phone use, the witness’s memory is not always reliable, and crash reports are not updated. More importantly, if a state does not have a law against cell phone use while driving, the police will not fully investigate the matter.

What does that mean for the victim? Well, trying to prove that the cause of your accident was due to the driver using a cell phone may be hard to do in court. We have subpoenaed cell phone records, but years later, it is sometimes hard to align the data with the exact moment of time when the accident occurred, which is not often known. 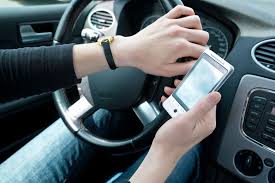 Please note that every case and claim is different.  Each case and claim must be evaluated on its own merits and past settlements or verdicts do not predict the future result of any specific case or claim.  This website is not intended to give legal advice - you must retain an attorney to receive legal advice regarding the specifics of your situation.  No attorney-client relationship is created by viewing this website or ordering any material available on this site.  No confidential information should be forwarded until a written retainer agreement is signed.  We only give legal advice to our clients after they have signed a written retainer agreement.

There is no procedure in Virginia for approving certifying organizations such as the National Board of Trial Advocacy.